Jealous husband could die in prison after murdering love rival 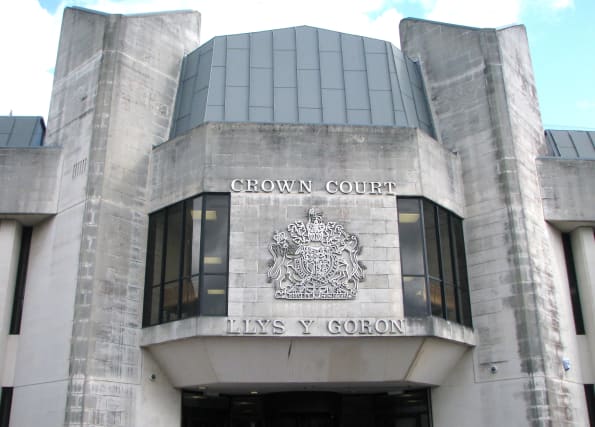 A jealous husband who lured his wife’s secret lover to a remote farm where he shot him dead in a carefully planned execution may die in prison after being jailed for a minimum of 30 years.

Self-employed builder Andrew Jones, 53, found out Michael O’Leary, 55, was having an affair with his wife Rhianon, 51, and set about planning the ultimate revenge.

After gunning him down in cold blood, Jones made the father-of-three’s disappearance look like suicide and then burnt his remains on a funeral pyre made of wooden pallets – even holding a morbid service for his friend of 25 years.

Swansea Crown Court heard Mr O’Leary was murdered on the evening of January 27 this year after being lured to Cyncoed Farm in Cwmffrwd, Carmarthenshire to meet Mrs Jones.

Instead, he found her ruthless husband crouched behind a dustbin armed with a .22 Colt rifle who shot him dead after ignoring his pleas for mercy, begging him: “Please don’t do it, Jones.”

He then drove his victim’s Nissan Navara to a riverside car park where he sent messages purporting to be from Mr O’Leary to his wife and children, saying “I am so sorry x”.

The site manager’s body has never been found and forensic scientists have only ever recovered a small piece of his intestine from the oil drum in a yard adjacent to Jones’s home in Carmarthen.

The shooting was a culmination of a deteriorating relationship between Jones and his wife after he learnt the affair was not over.

Jones, who denied murder, told the jury his friend died after the gun, which he had taken to “frighten” Mr O’Leary, went off during a struggle.

“I wanted him to get the message – stay away from us,” he said.

“I wanted to shame him, ‘You told my daughter you weren’t going to meet her anymore, and here you are’. I wanted to scare him and shame him.”

Under cross-examination, William Hughes QC, prosecuting, said: “You took considered steps to lure him there under false pretences that he was going to meet Rhianon and when he did get there, far from being a scuffle you described, you in cold blood shot him dead.

“You carried out a carefully planned – and I used the word execute carefully – to execute a plan to kill Michael O’Leary, nothing in mind but to murder him.”

“I invite the court to accept, that as he expressed in the witness box, that he is remorseful for what happened. He is not a cold-blooded monster,” he said.

“He has acted appallingly and the court will punish him very heavily. He acknowledges the pain he has caused.”

Jailing Jones for life, Mrs Justice Jefford said he would have to serve a minimum of 30 years before he could be considered for parole.

“You are 53 years old and whatever minimum term I impose it is likely you will spend most if not all of the rest of your natural life in custody,” she said.

“I have no doubt that in enticing Mr O’Leary to this meeting your intention was to kill him. The set-up of the messages was far too elaborate just for a meeting in which you hoped to scare him into leaving your wife alone.

“This was clearly a planned ambush. It may not have been a perfect plan and it has been argued on your behalf the fact you could have planned it better demonstrates the lack of a plan. In my judgment it does not.”

The judge dismissed Jones’s claims that he was trying to protect Mr O’Leary’s family from learning the truth of the affair.

“It was your case at trial that after Michael O’Leary’s death, which you said was an accident, you panicked,” she said.

“The actions you took were not however the actions of a panicking man. They were calm, calculated and effective.

“They were also acts of cowardice which have deprived the O’Leary family of a funeral with a body to bury and one of the key elements of processing their undoubted grief.

“Michael O’Leary did something wrong and he had an affair with the wife of a man who had been his friend for many years, and he did not deserve to pay for that with his life.”