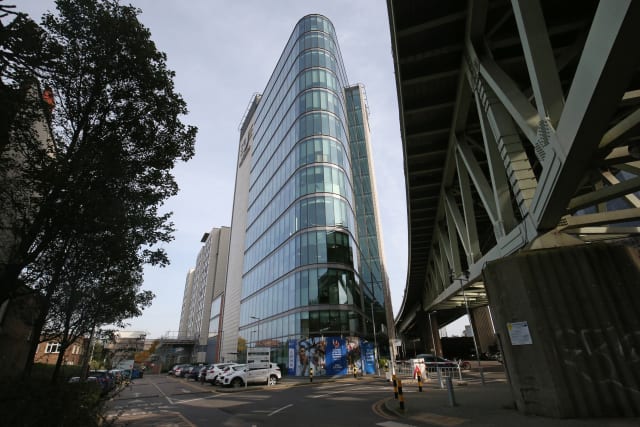 About 1,000 people are being asked to “immediately” leave their homes on a west London residential development due to fire safety concerns.

Residents of the six-block Paragon estate in Brentford, including nearly 700 students, will be offered alternative accommodation while not-for-profit housing association Notting Hill Genesis (NHG) carries out a “comprehensive safety review”.

It is understood that residents are being told for the first time that they face re-homing on Monday, with people being moved in a “Covid-secure” manner throughout this week.

NHG said it had taken the decision to vacate the estate on the basis of health and safety, following expert advice that “the construction of the buildings may be putting residents at risk”.

In a statement the housing association added: “Further investigations will establish the full extent of the structural and fire safety issues that have been uncovered at the development and identify next steps.”

NHG did not provide full details of the fire safety issues, but added: “Earlier building performance issues, together with fire safety issues related to the cladding and the subsequent new Government guidance since the fire at Grenfell Tower, triggered a series of safety checks at Paragon, undertaken by technical consultants, which have each revealed further problems with this development.”

The housing association had previously addressed arising risks through “waking watches”, temporary alarms and “simultaneous evacuation procedures”, but said the latest advice prompted the need for residents to leave.

It is understood some 688 students from the University of West London living on the estate are to be offered alternative purpose-built accommodation.

Those living in 105 shared-ownership leasehold units and 65 intermediate rent homes, will be moved to hotels near the estate.

NHG will cover the costs of the moves as well as new accommodation in the first instance, with residents being given dedicated caseworkers to discuss their needs.

Students were left feeling “freaked out” as they were informed of the need to vacate their accommodation, via email and a series of Zoom calls on Monday, one teenager said.

Speaking to the PA news agency, Laura Howes, 19, in her first year studying business, said: “We’ve been told that we just need to leave as soon as possible pretty much, in that there’s been a serious investigation into the safety of the building.”

She added: “Now we’re being moved to Wembley which is an hour and a half away which is just catastrophic for our courses.”

Ms Howes, who is only two days out of coronavirus self-isolation with friends, said the announcement was “very last minute” and warned that the pressures of moving were “going to have a massive toll on our education for the next couple of weeks, until we’ve all settled in”.

She said students had been offered a rent deduction, a month’s worth of travel on Oyster cards and support in moving their belongings.

“It’s going to take a lot longer, and it’s going to be a lot (more) stressful because we don’t have the support there that we did with our family when we first moved down,” she said.

Ms Howes added: “We have no idea when we’re leaving, we know we’ll be leaving some time as of tomorrow, we don’t know where we’re moving to specifically, we don’t know the address, we don’t know who we’re living with, it’s all very messy at the moment, it’s a bit chaotic.”

Kate Davies, group chief executive of NHG, apologised to residents for having to “disrupt their lives”, explaining its priority was “to provide safe, affordable housing”.

“We always ensure the wellbeing of our residents, so while we are incredibly disappointed to have to make this decision, we believe that we have no choice but to ask people to leave their homes on the Paragon estate,” she said.

“I understand that Paragon residents may feel angry or alarmed by this news, as they have every right to be.

“This is a very distressing time and we are genuinely sorry for the huge amount of disruption and uncertainty that this situation will cause.

“This is a complex situation and we don’t yet have all the answers.

“We are working to uncover the full extent of the issues at Paragon so that we can provide residents with clarity about timescales, next steps and options as quickly as possible.

A spokesman for the mayor of London said: “It is very concerning to hear that this building has been found to be unsafe and the mayor is pleased to see swift action being taken.

“The Greater London Authority’s housing and land team has been in contact with the building owner and will continue to monitor the situation.”

The University of West London said in a statement that all residents were informed at 11am on Monday.

It added: “Alternative accommodation has been secured for all those affected.

“Extensive support plans are in place to facilitate the smoothest possible transition to the new accommodation.

“The University and the Students’ Union are working closely to ensure the wellbeing of our students and to ensure any disruption is kept to a minimum.”

On its website, the university said moving students will not be charged for the first two weeks’ rent in their new accommodation, receive a free travelcard for the rest of the academic year, be given £50 for food by NHG and a campus shuttle bus will be provided.

The Paragon estate, containing a total of 1,059 homes, was initially owned by Presentation Housing Association, which became part of Notting Hill Housing, following its development by Berkeley First.