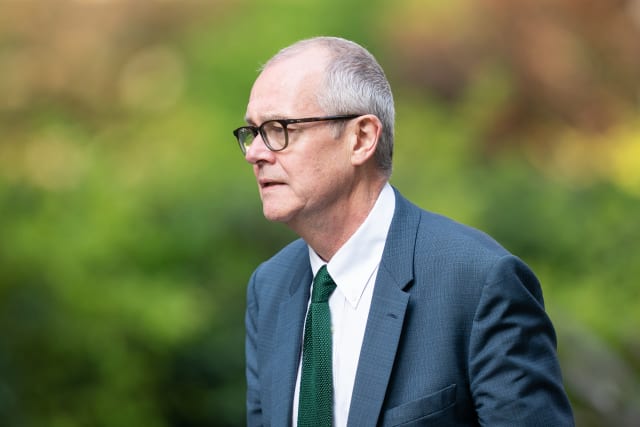 It is “unlikely” a coronavirus vaccine will stop the disease completely, the Government’s chief scientific adviser has said.

Giving evidence to the joint Commons and Lords National Security Strategy Committee, Sir Patrick Vallance said that only one disease – smallpox – had ever been completely eradicated.

He said that in future, treating Covid-19 may become more like seasonal flu.

Sir Patrick told the committee: “I think it is unlikely that we will end up with a truly sterilising vaccine that completely stops infection.

“It is likely that this disease will circulate and be endemic.

“My assessment – and I think that’s the view of many people – is that’s the likely outcome.

“Clearly as management becomes better, as you get vaccination that will decrease the chance of infection and the severity of the disease – or whatever the profile of the vaccines are, this then starts to look more like annual flu than anything else and that may be the direction we end up going in.”

Sir Patrick said that over the next few months it will become clear whether there are any vaccines that do protect, and how long for.

He added that while a number of candidates cause an immune response, only phase three trials will indicate whether they stop people from being infected.

Sir Patrick said: “And we will know that over the next few months. And at that point we’ll also have some clearer idea on the safety profile of these vaccines and from there can start looking at what a sensible vaccination strategy could be across the population.”

He told the committee that he thought it “unlikely” that a vaccine would be available for “any sort of widespread community use” before at least spring next year.

But Sir Patrick said they “may” be some doses before that, but it remains to be seen.