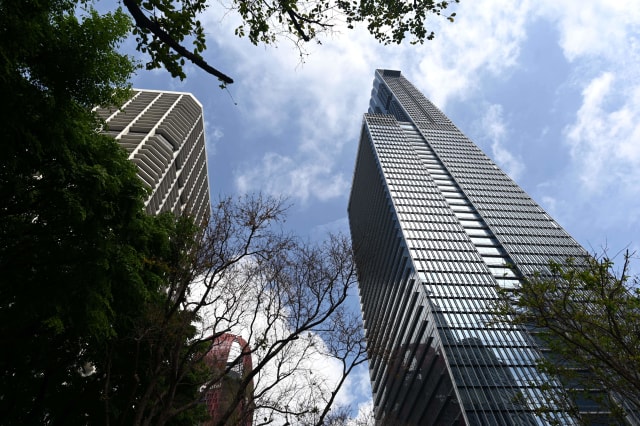 British billionaire James Dyson, the inventor of the bagless vacuum cleaner, and his wife are selling their three-storey Singapore penthouse about a year after buying it for a reported S$74 million (£42 million).

Perched atop Singapore's tallest building, the Tanjong Pagar Centre, the five-bedroom "super penthouse" is equipped with a 600-bottle wine cellar.

"An offer has been accepted on the Wallich penthouse," said a spokesman for Dyson's firm. He declined further comment on the family's personal properties or affairs but said Dyson would continue to maintain a home in the wealthy Asian city-state.

The Business Times newspaper, which first reported the sale, said an offer of S$62 million (£35 million) was accepted for the penthouse, or a drop of more than 15% from Dysons' purchase price.

The apartment, which also includes a pool, jacuzzi, and a private garden with city views, was once valued at S$100 million (£57 million), making it the city-state's most expensive penthouse.

The buyer is Indonesian-born tycoon Leo Koguan, the paper said. The U.S. citizen is chairman and co-founder of infotech provider SHI International, which counts Boeing and AT&T among its 20,000 customers, business magazine Forbes says.

The Dysons' other home in Singapore is a luxury property on a plot of land with an infinity pool and an indoor waterfall.

The billionaire has moved his company's head office to Singapore from Britain to be closer to its fastest-growing markets. Last year, he scrapped plans to build an electric car in Singapore as not being commercially viable.

"Dyson remains fully committed to expanding its research and development footprint and other operations in Singapore," the spokesman added.