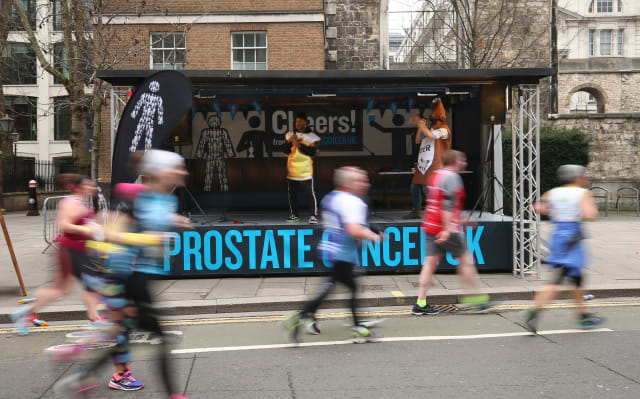 A study in the UK is aiming to solve the mystery of why black men develop prostate cancer at twice the rate of other men.

The Profile study will look at the genes of men of African and Caribbean descent to see if they can learn to predict prostate cancer risk and find better ways of diagnosing and treating the disease.

In the UK, one in four black men will be diagnosed with prostate cancer in their lifetime, double the one in eight risk faced by all men, according to Prostate Cancer UK.

This Black History Month, the charity is raising awareness of the increased risk for black men and is hoping to encourage men who are eligible to take part in the study, which has resumed after being forced to temporarily halt recruitment due to the Covid-19 pandemic.

Funded by Prostate Cancer UK in partnership with Movember, the study is open to men aged 40-69, who are of African or Caribbean descent and have not previously had prostate cancer.

It will continue to recruit men until June 1 next year.

“It could not only help us find the men most at risk of getting prostate cancer, but can also point the way to better tests and treatments that could save their lives.

“The study was one of many that was affected by the shutdowns imposed by Covid-19, and it is now crucial that we’re able to encourage men to sign up so that we can complete this vital work as quickly as possible.

“In the meantime, we know that fewer men have been tested for prostate cancer during the pandemic.

“It’s therefore essential that men most at risk, including black men over 45, speak to their GP about whether a PSA test is right for them.”

To help them understand black men’s risk, the researchers at The Institute of Cancer Research, London (ICR), and The Royal Marsden NHS Foundation Trust will run a series of initial tests to look for clues in their DNA.

They will then monitor these men over the next five years for signs of developing prostate cancer, using blood tests, scans, and biopsies.

It is hoped this will identify why certain men are more likely to get prostate cancer.

Researchers say this information can then be used to help find new ways to spot these men earlier, based on their genes.

They suggest that the findings from this first of its kind study could also lead to new approaches to help prevent or delay the disease – or point to treatments that may work better for this group of men.

Study leader Ros Eeles, professor of oncogenetics at the ICR and honorary consultant clinical oncologist at the Royal Marsden, said: “We believe this study will not only enhance our knowledge of the higher risk in African and Caribbean men, but also open up the possibility of better tests to screen these patients and detect the disease earlier.

“Picking up the disease early, when it is easier to treat, is crucial to improving survival rates.