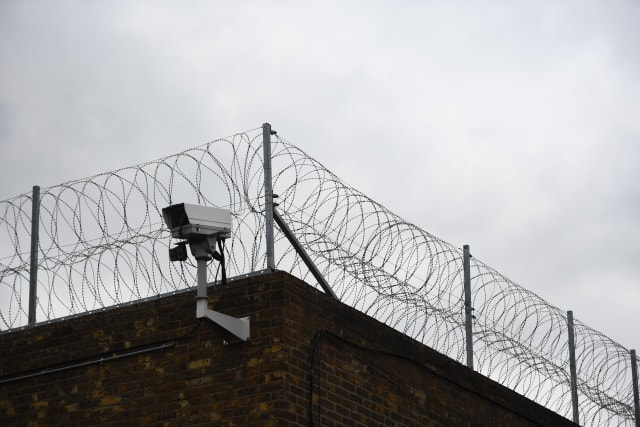 A new law to make it easier to test offenders in prisons for new forms of drugs has passed its first Commons hurdle, an MP has said.

Tory MP Richard Holden (North West Durham) said the Prisons (Substance Testing) Bill is needed to speed up the process by which new psychoactive substances (NPS) can be added to a list of drugs which can be tested for in prisons, as chemical formulations can change regularly to evade detection.

He gave the example of the substance Spice – which mimics the effects of cannabis – with manufacturers able to update recipes at pace to get past tests.

Justice minister Lucy Frazer offered the Government’s support for the Bill, describing it as “critical” to help stop the distribution of drugs in prisons.

Mr Holden opened the Private Member’s Bill debate on behalf of his colleague, former minister Dame Cheryl Gillan who was unable to attend the Commons as she is shielding from Covid-19, and told the Commons the misuse of drugs “has become probably one of the biggest challenges faced in our prisons”.

He added: “This Bill seeks to improve the capability of prisons in England and Wales to test for the use of illicit substances and to take important steps forward in tackling the prevalence of drugs in prisons.

“The Prisons Service and the Youth Custody Service can currently only test for controlled drugs as defined under the Misuse of Drugs Act 1971 and specified substances listed in schedule 2 of Prison Rules 1999 and Young Offenders Institutions Rules 2000.”

He added: “The Government needs to manually add each and every new compound to it every time. As members will appreciate, this causes delays, is resource-intensive and is inefficient.”

Labour’s shadow justice minister Lyn Brown said the party supports the Bill and it is needed to help those in prison “turn their lives around”.

She added: “The interventions made in individual prisons and the policy for prisons across England and Wales as a whole can be made more effective if prison governors and the Prison Service have knowledge of what’s happening with drugs inside and this Bill is intended to help adjust that.”

Tory MP Rob Butler (Aylesbury), who was a director of Her Majesty’s Prison and Probation Service (HMPPS), said drugs are “big business” in prisons.

He added: “Drugs in jail are big business, they generate substantial amounts of money for criminals both inside and outside the prison estate.

“And psychoactive substances are of particular concern. They’re often harder to intercept on the way into prisons, not least because they can be hidden on ordinary sheets of paper.

“There have even been cases of fake legal letters that are soaked in psychoactive substances being sent to prisoners, those letters then being cut up into tiny pieces and sold on to other criminals to give them a fleeting high.

“In a category A prison, I was told that one A4-sized piece of paper soaked in psychoactive substances can be worth £400.”

The Bill passed its second reading unopposed and will now move forward for further scrutiny.

Deaths after flu shots in S.Korea fan fears, but authorities find no link

South Yorkshire to be placed in Tier 3 coronavirus restrictions

A shrine to Trump in a 2020 battleground state