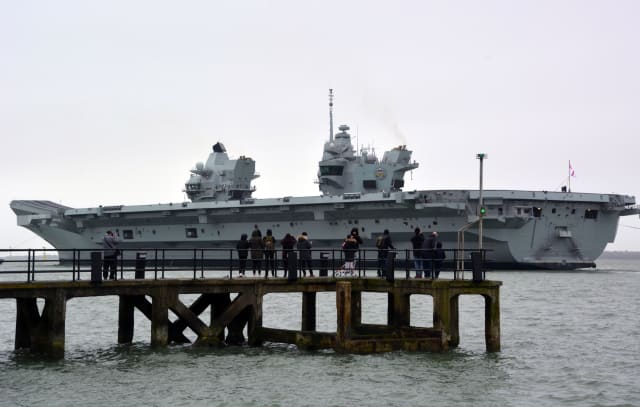 The Royal Navy is investigating the cause of a water leak in the engine room of the aircraft carrier HMS Prince of Wales.

An internal system developed a fault causing the flood on board the 65,000 tonne warship while alongside at its home port of Portsmouth Naval Base on Thursday.

It is the second time that the £3 billion warship has developed a leak, in May a video emerged of water pouring through the ceiling into an accommodation area.

It is understood that most of the water from the recent leak has now been removed and put into a holding tank before it is pumped off into a barge.

A Royal Navy spokesman said that an investigation had been launched into the leak but said the extent of any damage was still being assessed.

“No one was injured and an investigation into the cause of the issue is under way.”

The leak comes after sister ship HMS Queen Elizabeth had to cut short sea trials in July 2019 after a seal burst causing a large quantity of water to pour from a pipe and to flood through several decks.

Following the incident, the ship’s then commanding officer Captain Steve Moorhouse said it was safe and that in his experience leaks were a “weekly” problem for warships.