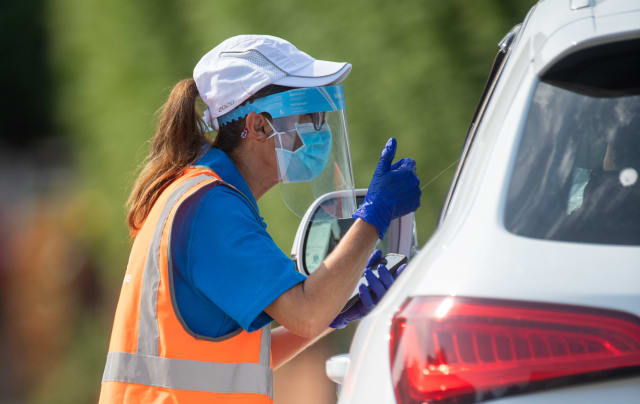 The UK is developing the capacity to manufacture millions of fast turnaround tests for coronavirus which could deliver results in just 15 minutes, Boris Johnson has said.

Downing Street has also announced that further pilots of new testing technologies will begin from next week, across some of the UK’s worst affected regions.

Mr Johnson told a No 10 press conference on Friday that the new tests were “faster, simpler and cheaper” and that work was being done to ensure they could be manufactured and distributed in the UK.

“We are now testing more people than any other country in Europe but we always want to go further,” he said.

“Scientists and companies in Britain and around the world have been developing new tests which are faster, simpler and cheaper.

“We’ve already bought millions of these tests, some of which are very simple, meaning you simply need to wipe the swab inside your mouth and can give a result as quickly as in 15 minutes.”

“We’ve started building the infrastructure for domestic manufacture of these tests, ensuring that Britain has the ability to produce millions of fast tests here.

“Over the next few weeks we will start distributing and trialling these tests across the country.”

The Government said that hospitals in Manchester, Liverpool, Birmingham, Leeds, Newcastle, Basingstoke and Southampton will test asymptomatic NHS staff, and use the data to assist with Track and Trace.

These pilots will see individuals tested weekly as a minimum.

In addition, trials of new “lateral flow tests” – swab tests that do not require lab processing and can be returned within an hour – would be sent to adult social care settings, schools and universities in the hardest hit areas.

Mr Johnson said that Liverpool, Lancashire, and any other areas which enter the “very high” alert level would be “immediately prioritised” for fast turnaround tests.

But Mr Johnson warned that a “cautious” approach should be taken to the new technology.

“No country in the world is regularly testing millions of people so we need to take the time to establish how to do this effectively and safely and to build the logistics and distribution operation,” he said.

“We won’t be able to get testing to get business back to normal quickly.

“In time we want to use tests to keep open more parts of the economy that have sadly been closed but it is crucial that we make sure such systems work safely,

“I must level with you that it will take time to get this right before many organisations can buy and operate these tests themselves.”