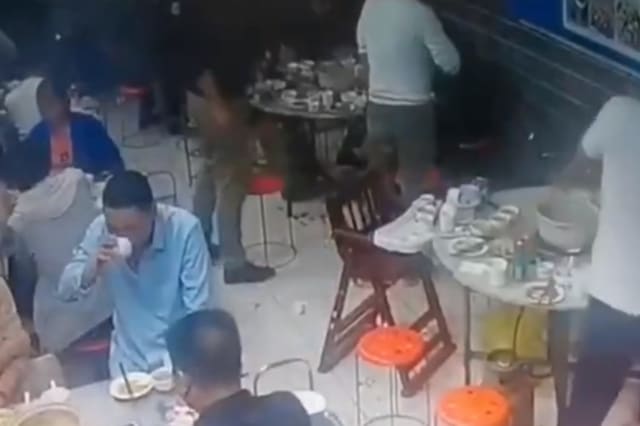 A huge ball of fire suddenly burst out of a cigarette when a man lit it in a restaurant which had a gas leak in central China.

The CCTV video was filmed in the city of Kaifeng in Henan Province on October 10.

According to reports, the liquefied gas under the dining table leaked, causing the explosion.

Fortunately, the fire was put out quickly, and no one was injured.