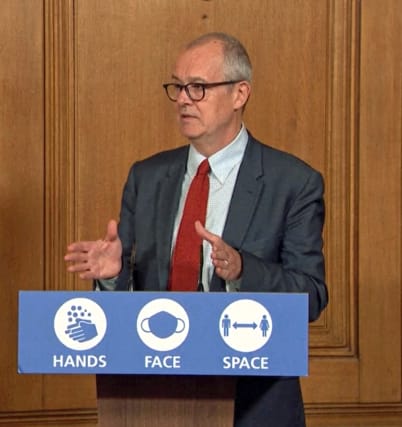 Local areas could introduce “extra measures” on top of Tier 3 coronavirus restrictions because the alert level’s “baseline” is not enough alone to reduce infection rates, the Government’s chief scientific adviser has suggested.

During a Downing Street press conference on Friday, Sir Patrick Vallance said that “local knowledge and local insight” would help inform further measures to drive the R number below one.

His comments echo those of England’s chief medical officer Professor Chris Whitty, who earlier this week said that the flexibility within the new three-tier system of alert levels for England could see “additional” measures guided by local health leaders.

Sir Patrick said: “It’s crucial that where the R is above one and the numbers are high, to get the R below one for all the reasons that have been outlined, including, of course, the hospitalisations which are increasing. So it’s crucial that’s done and there are a number of ways that it can be done.

“And as the chief medical officer said, Tier 3 baseline conditions on their own, almost certainly aren’t enough to get the R below one.

“But if you go to higher levels in Tier 3 and start adding in other areas then… they should be enough to get R below one, provided they are fully implemented and we all stick to them.

The reproduction number, or R value, of coronavirus transmission across the UK still remains above one.

R represents the average number of people each Covid-19 positive person goes on to infect.

The press conference on Friday comes amid pressure on the Government to implement a short “circuit-breaker” lockdown across the country.

Commenting on the concept, Sir Patrick said: “A circuit breaker is a way of really pushing measures to the hard level to get R below one quickly and then to release it, and that would break transmission whenever you do it and it would therefore slow and buy some time in the epidemic.

“So it’s a way of doing it locally or nationally, but of course, in a way, it’s just an extreme version of what you’re trying to do to try and get R below one anyway.

“So there are different ways in which you can get R below one, and the circuit breaker idea is one way to do it in a sort of short, defined period.”