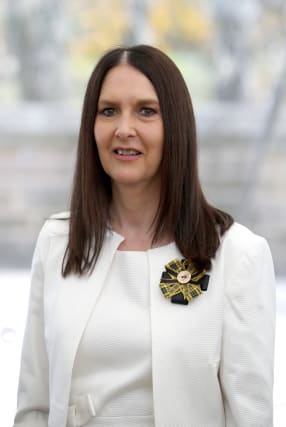 SNP MP Margaret Ferrier admitted travelling to Parliament despite being required to self-isolate with coronavirus symptoms, and then returning to Scotland by train after testing positive.

She was suspended by her party after publicly disclosing her behaviour.

Here, the PA news agency looks at the timeline of events based on numerous accounts:

Ms Ferrier said this is when she experienced “mild symptoms” of Covid-19 in the afternoon and took a test.

She did not state where she was when she fell ill or whether she initially began isolating.

The MP for Rutherglen and Hamilton West said she was “feeling much better” so took a train to Parliament in London.

At 7.15pm, she gave a four-minute speech in the House of Commons during a debate on coronavirus.

Ms Ferrier says she received a positive result for coronavirus that evening, but did not state whether she received the diagnosis before or after addressing MPs.

Ms Ferrier boarded a train from London to Glasgow in the morning without seeking advice, and began self-isolating when she got home.

She informed the SNP she had tested positive, with Commons Speaker Sir Lindsay Hoyle then being informed around 4pm and parliamentary authorities starting contact tracing.

Sir Lindsay told Sky News the reaction was immediate and “within 20 minutes we were in full swing on what we needed to do to ensure the safety and security of staff and members”.

The SNP insists it did not know at this stage she had taken a test before travelling to London.

The party said it was at this point it became aware she had taken a test before departing for Parliament and had travelled back to Scotland knowing she was infected.

At 5.50pm, Ms Ferrier released a statement saying she was “very sorry for my mistake” and acknowledging she should have self-isolated while awaiting her test result.

Later that evening, Mr Blackford announced the SNP had withdrawn the whip from Ms Ferrier amid widespread calls for her to resign as an MP.

The House Of Commons press office, in a statement on Twitter, revealed one close contact of Ms Ferrier had been identified and asked to self-isolate.

Ms Sturgeon and Mr Blackford both called for Ms Ferrier to resign as an MP.

In a phone call to Ms Ferrier, Ms Sturgeon said she made it “crystal clear” that her “friend and colleague” should stand down.

She added Ms Ferrier was unable to give a “cogent explanation” for her actions.

Ms Ferrier makes a public statement on the issue for the first time since she first admitted her actions, telling The Scottish Sun on Sunday that she has no intention of standing down and had “panicked” on finding out she tested positive.

The MP tells The Scottish Sun she feels she was “hung out to dry” by the SNP, claiming the party whip was removed around an hour after the publication of her admission statement, which she said was prepared for her by party officials.

Scotland Yard said they will take “no further action” against Ms Ferrier after their investigation found the regulations on self-isolation came into force after she was tested.

Police Scotland said it “will now assess the circumstances and consult with the Crown Office and Procurator Fiscal Service before taking a decision on next steps”.