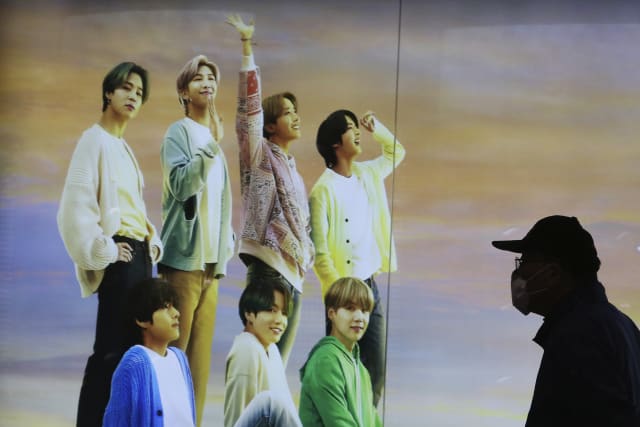 Shares of South Korea’s Big Hit Entertainment, the company that manages global pop sensation BTS, have soared in their trading debut in Seoul.

Big Hit’s solid debut on Thursday after an IPO that netted more than 800 million dollars (£615m) was widely expected by analysts given the loyalty of the fan base for the seven-member boy band that has been dominating Billboard charts after gathering a huge following around the globe.

Despite the concert-killing Covid-19 pandemic, Big Hit’s business has prospered thanks to huge demand for its online content, including livestreamed BTS concerts that reportedly attracted more than 1.7 million fans.

The company’s shares opened at 270,000 won (£181), about double their initial public offering price. They surged 30%, hitting the daily trading limit, before falling back closer to their opening level.

Big Hit has a tight grip over its revenue streams, with BTS merchandise and other products exclusively sold through its “Weverse” e-commerce platform.

“The company has managed to grow beyond the traditional revenue sources of album sales and concerts and diversify its business through online channels,” wrote Ahn Jin-ah, an analyst from South Korea’s E-Best Investment and Securities, in a report that described Big Hit’s stock market entrance as a “drop of dynamite”.

BTS debuted in 2013 and has a legion of global supporters who call themselves the “Army”. It became the first K-pop act to top Billboard’s Hot 100 chart last month with their first all-English song Dynamite.