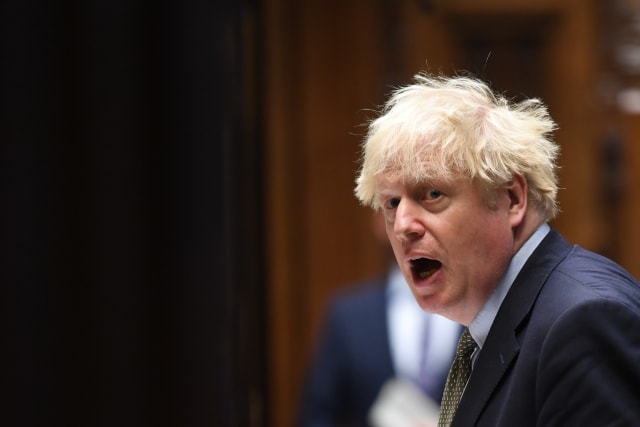 The Prime Minister is due to set out whether trade talks with the European Union should continue after his deadline for reaching an agreement passed without a deal in place.

Lord Frost, Boris Johnson’s Europe sherpa, said the UK was “disappointed” by the outcome of a European Union summit in which the bloc signalled it was willing to continue trade negotiations but called on Britain to make the next move.

The UK’s chief negotiator said the Prime Minister would set out his response on Friday.

Mr Johnson last month proposed that both sides should walk away from the talks and prepare for a no-deal outcome if there was no agreement by the European Council meeting on October 15.

But, in a text adopted by the summit of EU leaders on the day of the deadline, they “invited” Brussels’ chief negotiator Michel Barnier to continue his discussions while urging the UK to “make the necessary moves to make an agreement possible”.

He tweeted: “Disappointed by the European Council conclusions on UK/EU negotiations.

“(I’m) surprised the EU is no longer committed to working ‘intensively’ to reach a future partnership as agreed with European Commission president Ursula von der Leyen on October 3.

“Also surprised by the suggestion that to get an agreement all future moves must come from the UK.

“It’s an unusual approach to conducting a negotiation.

“Prime Minister Boris Johnson will set out UK reactions and approach tomorrow in the light of his statement of September 7.”

In his call with Ms von der Leyen and European Council president Charles Michel, Mr Johnson expressed “disappointment” that the talks had not made more progress.

However, there is scepticism in Brussels that Downing Street would be prepared to pull the plug on the negotiations.

Meanwhile, Mr Michel told a press conference that Brussels would decide in the coming days, based on the UK’s next proposals, whether it should continue with trade talks.

“It is the case for fisheries, certainly, and also for level playing field and also governance.

EU chief negotiator Michel Barnier said at the press conference his team were determined to reach a “fair deal”.

All sides have acknowledged that the question of future fishing rights once the current Brexit transition period ends at the end of the year remains among the most difficult issues to be resolved.

French president Emmanuel Macron, who is under pressure from fishermen in his country who fear losing access to British waters, indicated that he was prepared to take a hard line.

“Under any circumstance, our fishermen should not be sacrificed for Brexit,” he said.

“If these conditions are not met, it’s possible we won’t have a deal. If the right terms can’t be found at the end of these discussions, we’re ready for a no-deal for our future relations.”

Irish premier Micheal Martin also emphasised the importance of securing a satisfactory agreement on fishing if there was to be an overall trade deal.

Meanwhile, Mrs von der Leyen announced that she had to pull out of the summit to self-isolate after a member of her staff tested positive for coronavirus, even though the German politician tested negative.