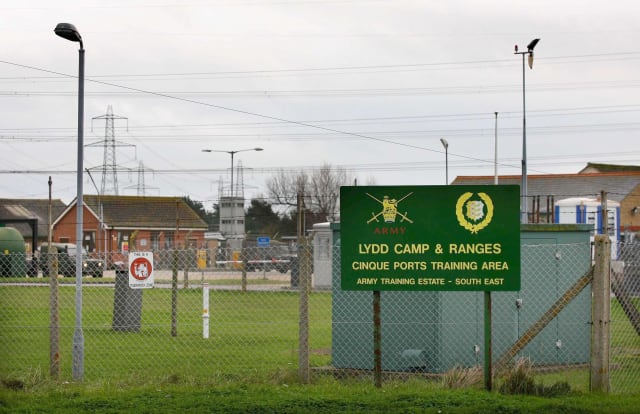 The Army had to stop a firing exercise on the Kent coast as migrants in a boat landed nearby.

Soldiers using live rounds were ordered to pause shooting after a small boat was seen heading towards a “danger area”.

The crossing came despite recent high winds in the English Channel that have rendered journeys in dinghies increasingly difficult.

Emergency services were seen descending on the firing range on Wednesday.

The commotion began during a live firing exercise at Lydd Ranges, when the Dengemarsh lookout spotted a boat drawing near.

The vessel was seen moving towards the Range Danger Area and safety concerns were raised.

Police, coastguard and Border Force were informed of the situation and were later seen arriving at the firing range.

A mix of regular and reserve soldiers were at the military site on Wednesday.

The Home Office has yet to comment on the incident or say how many people crossed the Channel to the UK on Wednesday.

More than 7,000 migrants have crossed to the UK aboard small boats in 2020, PA data analysis shows.

Lydd Ranges is a military site located south of the Kent town of Lydd.

It carries the Government warning: “If the red flags and/or lights are hoisted, regardless of the timings, do not enter the training area.

“This is a danger to life.”

The range is a few miles from Lydd Airport, which has recently played host to the Army’s Watchkeeper drone.

The unmanned air system, previously used in Afghanistan, was brought in to fly over the English Channel to monitor migrant boats.