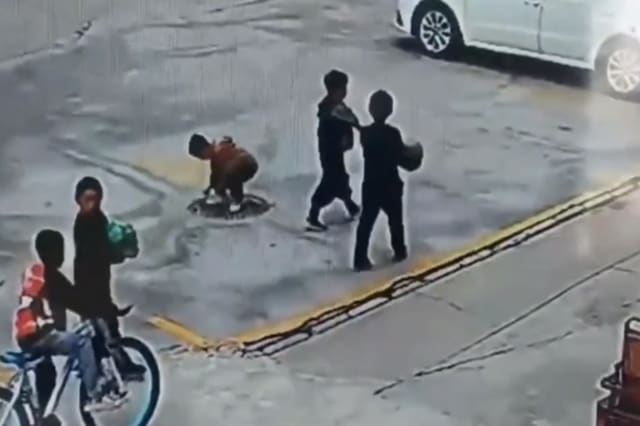 A boy was sent flying into the air after he dropped a firecracker down a manhole in China.

The shocking moment, filmed in Kangle County in Gansu Province, shows a group of boys playing when one of them decides to light the firecracker.

The explosion that follows blows the cover of the manhole into the air, along with the boy who was standing on top of it.

Although the boy suffered minor burns to his face, he was not seriously injured.

Post-Brexit trade deal ‘likely but will not be easy’

Judge to give ruling in Johnny Depp libel case