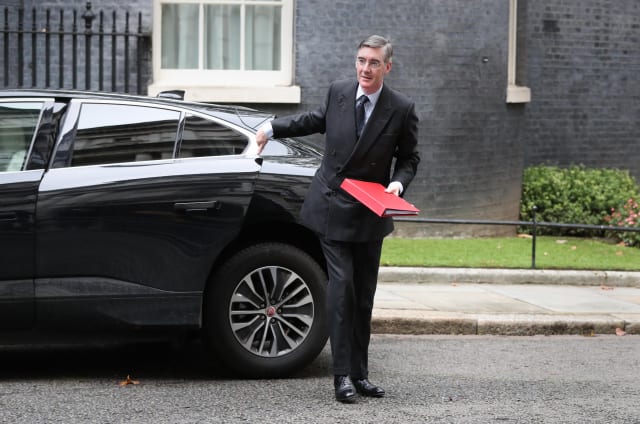 On Thursday, Mr Drakeford said Wales will ban entry to people from areas of the UK with high levels of coronavirus by Friday if Boris Johnson fails to impose UK-wide travel restrictions.

Mr Drakeford is the Labour leader of the Welsh Government, which includes the single Liberal Democrat Member of the Senedd (MS) and an independent.

During business questions, Tory MP Alicia Kearns (Rutland and Melton) asked: “Can my right honourable friend confirm that it would be illegal for the Welsh Labour Government to introduce an intensive border within the UK to restrict movement between England and Wales?”

Mr Rees Mogg replied: “What would you expect of a hard-left Labour Government?

“The approach to putting a border between England and Wales is unconstitutional and will place the police in an invidious position considering that they serve the whole of the United Kingdom.

“And I’m afraid that is what you get when you vote for socialists.”

The campaign is supported by some scientists that hold a differing view to the mainstream approach taken to curtail the spread of Covid-19.

He said: “Can we have a debate on censorship? Then we would be able to discuss the sinister disappearance of the link from Google to the Great Barrington Declaration, couldn’t we?”

Responding, Mr Rees-Mogg said: “The Government is sceptical about the Barrington Declaration but that doesn’t mean that people shouldn’t be free to discuss it.

“And it is a worrying trend for large internet operators to think that they should be the arbiters of free speech.