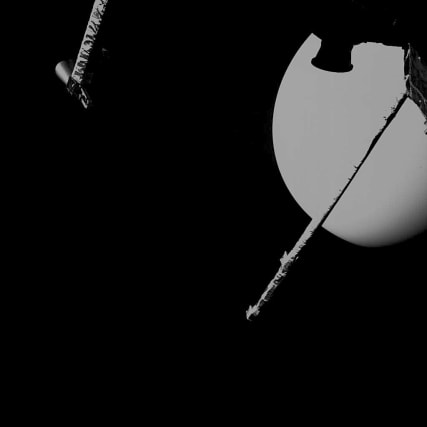 A British-built spacecraft en route to Mercury has completed the first of two Venus flybys needed to set it on course with the Solar System’s innermost planet.

BepiColombo’s closest approach took place at 4.58am on Thursday at a distance of about 10,720km from the planet’s surface.

Launched on October 20 2018, the spacecraft needs nine gravity assist flybys – one at Earth, two at Venus and six at Mercury – before entering orbit around the planet in 2025.

The flybys use the gravitational pull of the planets to help alter the speed and direction of the spacecraft.

Together with the spacecraft’s solar electric propulsion system, they help to steer it into Mercury’s orbit against the strong gravitational pull of the Sun.

The first flyby – of Earth – took place on April 10 this year, returning images of our home planet as the world faced lockdown due to the Covid-19 pandemic.

Elsa Montagnon, the European Space Agency’s BepiColombo spacecraft operations manager, said: “For the Venus flyby, we conducted the large majority of our preparations over the last three months via teleworking, with only the minimum personnel required onsite during the flyby to ensure the safe operation of the spacecraft.”

She added: “The only difference to normal cruise phase operations is that near to Venus, we have to temporarily close the shutter of any of the star trackers that are expected to be blinded by the planet, similar to closing your eyes to avoid looking at the Sun.”

Two of the three monitoring cameras onboard the Mercury Transfer Module were activated during dedicated imaging slots from 20 hours before closest approach to 15 minutes afterwards.

From afar, Venus is seen as a small disc in the camera’s field of view, close to the spacecraft body.

During the closest approach phase, the planet dominates the view, appearing behind the magnetometer boom of the Mercury Planetary Orbiter.

As the scientists analyse the new flyby data, the operations teams will assess the performance of the Venus flyby and make a routine trajectory correction of the spacecraft on October 22.

The next dedicated solar electric propulsion arc is planned for May 2021.

BepiColombo will also make its first Mercury flyby next year, in October, at a distance of just 200km.