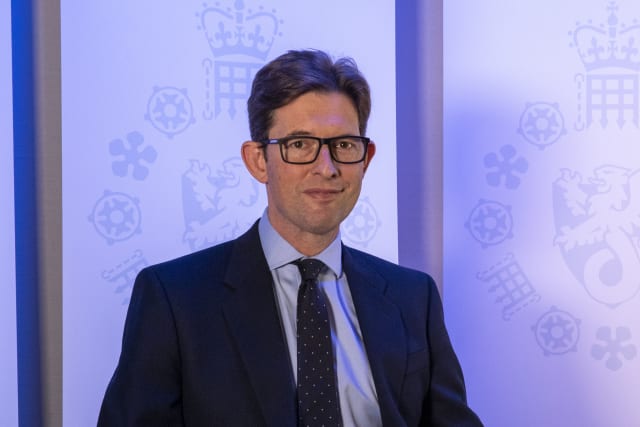 The new boss of MI5 has told how his stomach “lurches” when he receives a late-night phone call for fear it could be news of another terror attack.

Ken McCallum opened up about working for the security service as he spoke publicly for the first time on Wednesday since being appointed director general in April.

He told reporters that after-hours phone calls bearing tough news were part and parcel of work he was well used to during his career so far and he had “spent much of my working life trying to stop terrorism”.

And while it was “incredibly rewarding work”, he described the personal reaction to what he and colleagues were faced with every day.

He said: “When attacks do take place, the human realities are awful.

“I often say to new joiners at MI5 that the hardest thing about working here is that no matter how much hard work and ingenuity we bring, it isn’t possible for us to stop every attack.

“Terrorist attacks are always, without exception, sickening. Whenever my phone rings late in the evening, my stomach lurches in case it is one of those awful moments.”

Mr McCallum is the youngest ever director general to take on the top job at MI5.

Aged in his 40s, he has spent almost a quarter-of-a-century working for the security service.

The maths degree graduate, who grew up in Glasgow and was state-educated, has been the deputy director general since April 2017 and roles prior to that included work on Northern Ireland-related terrorism, Islamist extremism and cybersecurity.

His career has seen him take charge of the service’s response to the attempted assassination of former spy Sergei Skripal in the Salisbury nerve agent attack, as well as leading the response to the 2017 terror attacks and taking charge of counter terrorism investigations and risk management surrounding the 2012 London Olympics.

He is understood to be well-liked by colleagues, personable, approachable, trusted and incisive, with the appointment believed to be a popular decision, sources have told the PA news agency.

Around his busy work and home life, he enjoys hiking in the mountains.