Sturgeon should quit if she misled Holyrood on Salmond, says Lib Dem MSP 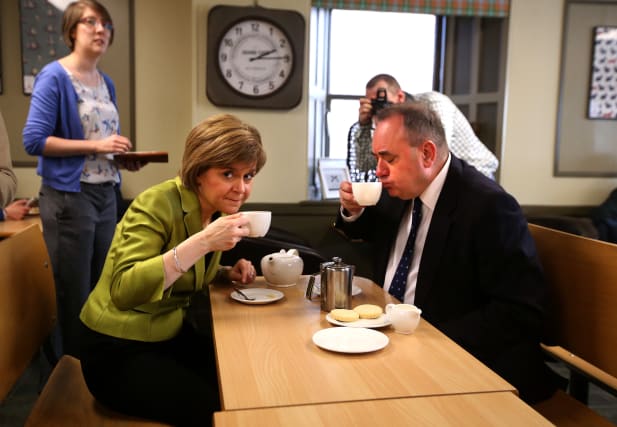 An MSP has called on the First Minister to resign if it is found she misled the Scottish Parliament on when she knew about allegations made against her predecessor.

Nicola Sturgeon initially told Holyrood she first heard of complaints of sexual misconduct against Alex Salmond at a meeting with him in her home on April 2 2018.

It later emerged she had been made aware of the allegations in an informal meeting with his former chief of staff Geoff Aberdein on March 29 of that year – four days earlier.

Liberal Democrat MSP Alex Cole-Hamilton has called for a probe already ongoing into the conduct of the First Minister by independent advisers to the ministerial code – which was prompted by a self-referral from Ms Sturgeon – to be widened.

He said it should include whether she misled Parliament and said if that is the case she should resign.

In written evidence to the Salmond inquiry, a Holyrood committee set up to investigate how the Scottish Government dealt with the complaints, the First Minister said she had forgotten about her meeting with Mr Aberdein.

The Scottish Government’s process for dealing with the allegations against Mr Salmond was ruled unlawful by the Court of Session and resulted in a settlement of more than £500,000 in the former first minister’s favour.

Writing in The Edinburgh Evening News, Mr Cole-Hamilton said: “Her written evidence to the committee cites memory loss: ‘I had forgotten that this encounter had taken place.’

“She explains that it had been ‘in the midst of a busy day’. I struggle with this account.

“Many times, the First Minister has defined her relationship with Salmond as ‘the most important outside of her family – a mentor of 30 years’.

“Think of anyone that important to you and now imagine being told for the first time that they were under investigation for sexual assault. I doubt it’s a meeting you’d forget.”

Mr Cole-Hamilton added: “The remit of her self-referral for investigation over a potential breach of the ministerial code is currently tasked to look only at her meetings with Salmond.

“That’s why I’ve asked for the remit to be expanded to look at her actions under Section 1(c) of the code, to ascertain whether she has misled Parliament.

“If she has, then that’s a resignation matter.”

When challenged by the Scottish Conservatives’ Holyrood leader Ruth Davidson last week, the First Minister said she has “nothing to hide” over the investigation into Mr Salmond.

Mr Salmond was cleared of 13 charges at the High Court in Edinburgh in March this year.