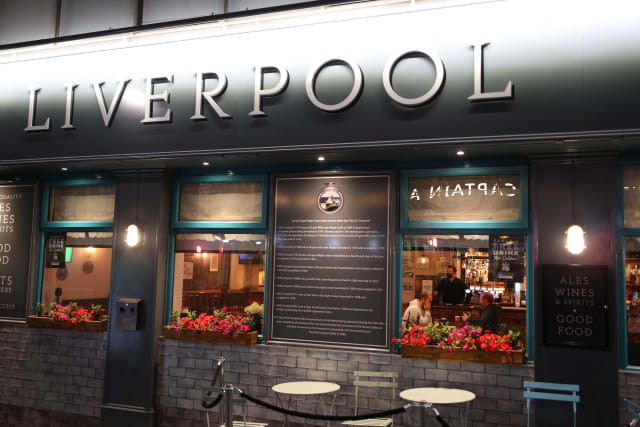 Crowds gathered in Liverpool city centre as bars shut their doors for a final time ahead of new coronavirus restrictions.

Merseyside Police said officers were made aware of a large gathering in the area of Concert Square and Fleet Street at 10pm on Tuesday, as bars in the area closed.

A police spokesman said: “Officers were deployed to the area immediately and a large crowd was dispersed quickly and safely.

“All businesses in the area have now closed and the incident has been stood down.”

In footage of the incident apparently filmed from a nearby flat, a police car could be seen driving through a crowd while revellers banged their hands on the side of the vehicle.

From Wednesday, Liverpool and the neighbouring five boroughs which make up the city region will be under Tier 3 coronavirus measures, which include the closure of bars, pubs which do not serve meals, gyms, betting shops and casinos.

Chief Superintendent Peter Costello said: “While we understand how the new rules which are due to be implemented on Wednesday are frustrating for some, we would continue to advise everyone to abide by them – including keeping social distancing – for the safety of everyone.”

Work and Pensions Secretary Therese Coffey told Times Radio she was “saddened” by the pictures.

She said: “I grew up in Liverpool. I know it is a great city. But frankly it is irresponsible behaviour.

“We are trying to help the city… I’m sure the mayor may want to consider more (measures) while we are also providing financial support.”

Other parts of the city appeared quiet as bar staff pulled their final pints ahead of the 10pm curfew.

City centre councillor Nick Small wrote on Twitter: “Idiots putting themselves, their friends, families and everyone else at risk, destroying jobs and our hospitality sector while they do it.”

PM blames Khan for TfL being ‘effectively bankrupted’ before pandemic

PM: Areas will come out of Tier 3 'when they are able to make progress'

The Story Behind Nigeria’s #EndSARS

It's a boy! First baby gorilla born at Boston zoo