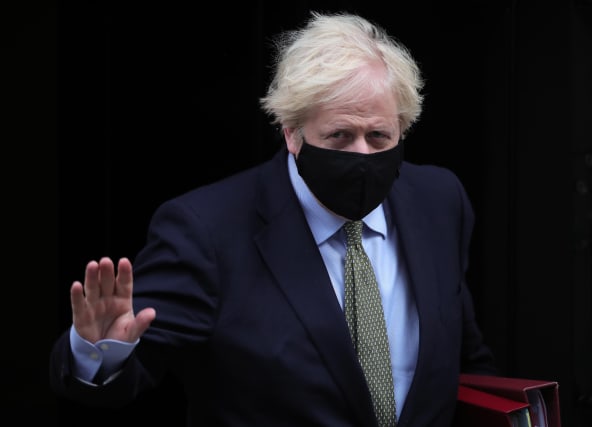 Boris Johnson insisted he wanted to avoid the “misery” of another national lockdown as Chancellor Rishi Sunak warned it would cause “significant damage” to livelihoods.

The Prime Minister clashed with Sir Keir Starmer over the Labour leader’s call for a short “circuit-breaker” lockdown aimed at getting the virus back under control.

Leading scientists have suggested that a short lockdown – possibly over Christmas – could prevent the NHS being overwhelmed and potentially reduce the death toll this winter.

The row over England’s approach to tackling a surge in coronavirus cases came as:

– Welsh First Minister Mark Drakeford set out plans to ban travel into the country from high-risk areas of England, Scotland and Northern Ireland from 6pm on Friday.

– Nicola Sturgeon advised Scots against travelling to English coronavirus hotspots, singling out Blackpool as “associated with a large and growing number of Covid cases in Scotland”.

– Northern Ireland’s First Minister Arlene Foster announced that pubs and restaurants will close for four weeks – with the exception of takeaways and deliveries – while schools will close on Monday for two weeks, one of which will cover the half-term break.

In testy exchanges at Prime Minister’s Questions, Mr Johnson accused him of opportunism and urged the Labour chief to put pressure on his party’s local leaders in northern England to accept tighter restrictions under the new multi-tier system.

Sir Keir’s call for a lockdown has fractured the fragile consensus on the coronavirus response that existed at Westminster, and in the Commons he suggested the Prime Minister’s failure to follow scientific advice had cost lives.

The Labour leader said that since the Sage advice was given on September 21 “the infection rate has quadrupled, hospital admissions have gone from 275 a day to 628 a day in England, yesterday 441 Covid patients were on ventilators and the number of deaths recorded was – tragically – the highest since June 10”.

The Prime Minister defended his approach, saying: “The whole point is to seize this moment now to avoid the misery of another national lockdown – into which he wants to go headlong – by delivering a regional solution.”

And he urged Sir Keir to “get on to his Labour friends in those parts of the north of England where we want to work with them to put those very stringent measures in place in order to deliver the reductions that the whole country wants to see”.

The Prime Minister’s new three-tier system of coronavirus restrictions for England came into effect on Wednesday, but the Liverpool City Region is the only area to be under the toughest rules.

Greater Manchester’s Labour mayor Andy Burnham has resisted pressure to agree to Tier 3 restrictions – including the closure of pubs – and threatened legal action if the move is imposed by Whitehall despite his opposition.

But in Lancashire, Tory county council leader Geoff Driver said it was “inevitable” his region would enter Tier 3.

Mr Johnson has not ruled out a circuit-breaker, but the Chancellor strongly criticised the idea.

Mr Sunak told MPs that Labour should “have the integrity to acknowledge that what they’re proposing will create significant damage to people’s lives and livelihoods”.

Further pressure for the circuit-breaker came with a new paper modelling the impact it could have.

Graham Medley, professor of infectious disease modelling at the London School of Hygiene and Tropical Medicine and a member of the Scientific Advisory Group for Emergencies (Sage), said it may be too late to implement a two-week circuit-breaker over the October school half-term but that December could be an option.

Prof Medley said thousands of deaths could be prevented up to January with a circuit-breaker but that did not necessarily translate into lives saved from coronavirus in the long-term.

But Prof Medley said lives would undoubtedly be saved through the NHS not becoming overwhelmed by Covid-19 cases and the knock-on impact that would have on other care.

“I think that would be the point of it, the point of it is to stop hospitals getting to a level where they cannot cope with other conditions,” he said.

The modelling paper written by Prof Medley and colleagues sets out that deaths could possibly reduce for the rest of the year from about 19,900 to 12,100. Hospital admissions could be reduced from 132,400 to 66,500.

The medium level maintains current national restrictions, the high level will see households banned from mixing indoors, while the third tier involves harsher restrictions including the closure of bars.

Liverpool mayor Joe Anderson said that crowds of people partying as Merseyside’s Tier 3 restrictions came into place “shame our city”, while Downing Street condemned the actions of an “irresponsible” minority.

Paul Brand, a councillor in Liverpool, said the city’s intensive care units were already more than 90% full, with the city soon expected to reach levels of bed occupancy seen during the first wave of Covid-19.