Hospitals in Liverpool could exceed capacity in the next week, expert warns 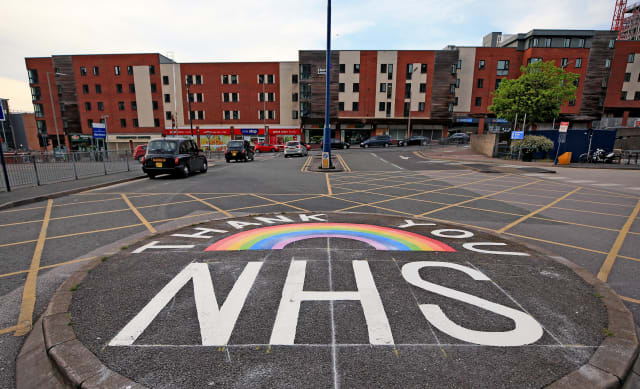 Liverpool hospitals could exceed healthcare capacity in the next week, one of the Government’s scientific advisers has warned as he urged people to follow new regulations.

Calum Semple, professor of outbreak medicine at the University of Liverpool and a member of the Scientific Advisory Group for Emergencies (Sage), appeared in a video message issued by Liverpool City Council on Wednesday as Tier 3 measures were imposed in the city region.

He said: “I’ve been asked to speak to you today about the dire situation that faces our hospitals in Liverpool.

“We have got over 300 patients in beds and our intensive care capacity is currently running at 90%.

“At this rate we are looking at exceeding healthcare capacity in the next week or so.”

Prof Semple, who was made an OBE in the Queen’s Birthday Honours for his work in the fight against Covid-19, said anyone with relatives who are vulnerable will understand the severity of the situation.

He said: “Please pay great attention to the regulations that are being brought in. It’s to protect you and your families.”

Meanwhile, research by the Society for Acute Medicine (SAM) has found three-quarters of medics in urgent and acute care believe hospitals are not prepared to cope over the next six months.

Seventy per cent of members of SAM, which represents clinicians working in acute medical units across the UK who specialise in emergencies, said they would not be able to provide the level of care they would want to over the next six months.

In Liverpool, Paul Brant, the council’s cabinet member for adult health and social care, said hospitals in the city are expected to surpass the peak of the first wave probably within the next seven to 10 days.

He said: “It has become clear that the intensity of the demand on hospital services here in Liverpool is crowding out anything other than dealing with Covid.”

Speaking in the council’s video message, she said: “New restrictions come into place today for all of us living in and around Liverpool and it’s really important that we do all follow the new guidance in order to bring down the number of infections and reduce the number of people being admitted to hospital.

“It’s also important to remember that all of our hospital and GP practice services are still open and there for you.”

At an online press conference on Wednesday, mayor of the Liverpool City Region Steve Rotheram said the Nightingale Hospital for the North West, in Manchester, is on standby.

He said: “The hospitals are concerned that they could be overwhelmed by the sheer numbers of people who are presenting with Covid symptoms and of course the strain that puts on ICU and on other functions within the hospital.”

He said the trust is scaling back planned procedures, adding it is “taking a phased approach to reducing our elective programme, while exploring options with other providers to maintain some of this work in alternative locations”.

On Tuesday, other hospitals in the UK, including Swansea, Belfast and Plymouth, announced they were having to stop routine operations because of Covid-19.