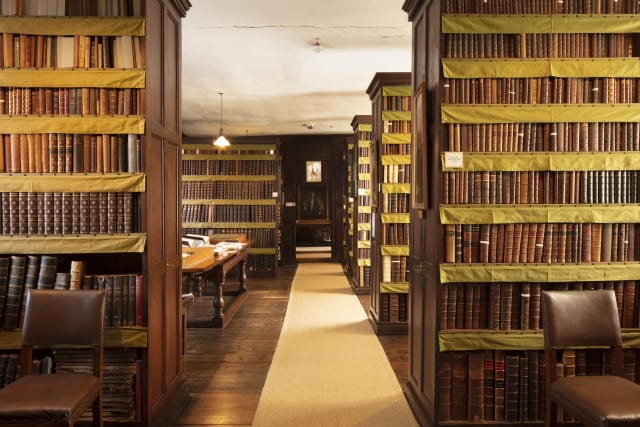 Brighton’s Madeira Terraces, one of England’s oldest public libraries and a cemetery built in an abandoned quarry are among the historic sites now at risk of being lost forever.

But this year’s Heritage at Risk Register reveals better news for sites such as a London church known as the “birthplace of feminism” and a Somerset hillfort thought to be Arthur’s Camelot, which have been restored.

They are among 181 historic sites which have been taken off the at-risk register this year, having been saved from neglect, decay or inappropriate development.

But 216 sites have been added to the register, produced by Government heritage agency Historic England, because of concerns over their condition.

It brings the combined number of buildings, sites, areas and heritage on the register to 5,097, some 24 more than in 2019.

New additions include Grade I listed Plume Library, including the tower of former church of St Peter in Maldon, Essex, which contains more than 7,000 volumes, mostly from the 16th and 17th century, and which is at risk of its ceiling collapsing and possible structural movement and cracking.

Brighton’s striking Victorian Madeira Terrace, with its 805 metres of cast iron arches along the seafront, is in a very poor and deteriorating condition, and has been closed to the public since 2012 amid concerns over its structural stability.

The Grade I listed St James’s Gardens cemetery in Liverpool in a former stone quarry has been added to the list in the face of neglect, invasive vegetation and poor conservation repairs.

Adding sites to the list can help local authorities and communities with pursuing conservation work to restore threatened heritage.

Historic sites which have been saved include Newington Green Meeting House, in Hackney, London, where the “mother of feminism” Mary Wollstonecraft was a member of the congregation, with repairs to the fabric of the building.

Kirkby Bank Trod, a 400-metre section of 13th century flag stone path in North Yorkshire was saved from harm by 4×4 vehicles and trail bikes thanks to a campaign by the local history group, who also helped with work to repair the damage to the site.

St Mary’s Church in Guildford, in Surrey, where children’s author Lewis Carroll preached has been saved with the help of repairs to decaying stonework, while Cadbury Castle in Somerset, thought by legend to be the lost Camelot, has been restored by clearance of invasive plants on the hillfort.

Grade I listed The Crescent in Buxton, Derbyshire, The Dairy at Cobham Hall, Kent, All Saints Church in Newcastle and Bronze Age barrow Willy Howe in Driffield, East Yorkshire, have also been saved.

The publication of the Heritage at Risk list comes against a backdrop of a difficult year for heritage in light of the coronavirus pandemic, but Historic England said investing in historic places could contribute to a sustainable recovery, and such sites have provided an anchor for communities in uncertain times.

Duncan Wilson, chief executive of Historic England, said: “It is the varied tapestry of our historic places that helps us define who we are.

“In testing times such as these, heritage can give us a sense of continuity and bring us solace. We also know that investing in historic places can help boost our economic recovery.

“The 181 places rescued from the register this year show us that good progress is being made, but there is still a long way to go.

“Many more historic buildings and places need caring for, financial support, strong partnership-working and community engagement to give them a brighter future.”