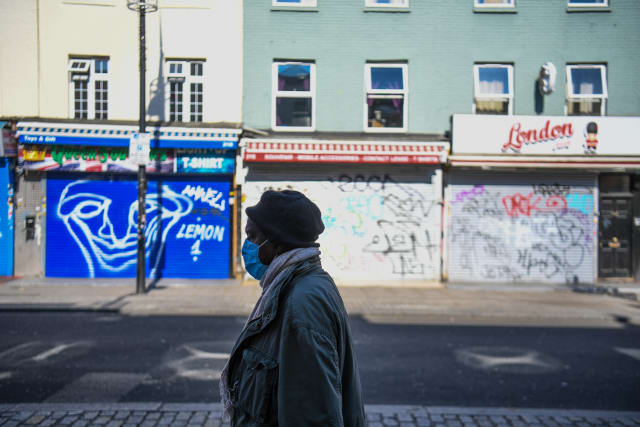 A “circuit-breaker” lockdown would impact the UK’s fragile recovery but there can be no trade-off between health and the economy, a major international organisation has warned.

The Organisation for Economic Co-operation and Development (OECD) said while lockdowns have a “substantial impact” on output, letting a pandemic run its course without restrictions would also hit the economy hard.

Presenting the OECD’s latest UK economic survey, director of country studies Alvaro Pereira said: “Restrictions will have an impact on the economy… national lockdowns have had a substantial impact, but they’re very important to stop the spread of the virus.

“People say there is a trade-off between health and the economy. This is not true.”

It comes as pressure mounts on Prime Minister Boris Johnson to impose tougher restrictions after scientists calculated a circuit-breaker could save thousands of lives by the end of the year.

The OECD said the UK economy is at a “critical juncture” as it faces the twin threat of a no-deal Brexit alongside new coronavirus restrictions.

Laurence Boone, chief economist at the OECD, said: “The combination of Covid-19 and the exit from the EU Single Market makes the UK outlook exceptionally uncertain.

“Actions taken to address the pandemic and decisions made on future trading relationships will have a lasting impact on the UK’s economic trajectory for years to come.”

The OECD said the bounce back since lockdown has seen some sectors recovery strongly, but overall demand would remain under pressure as soaring unemployment and business failures leave “scars on the economy”.

It said government and monetary policies should continue to support a recovery, but Mr Pereira added that negative interest rates were not yet necessary in the UK.

He said: “I personally think that at this stage, I don’t see a substantial need to go negative.”

The OECD also cautioned that British firms are now less prepared for cliff-edge withdrawal from the EU after focusing efforts and finances on tackling the pandemic.

The organisation said some firms now have weaker balance sheets, while others – such as drugs companies – have run down stockpiles to offset disruption in supply chains caused by coronavirus.

The OECD said: “Firms have diverted attention away from Brexit and towards the crisis, likely reducing preparedness, although some, in particular in service sectors with stringent regulations, had advanced preparation in the run-up to a potential no deal in 2019.”

It said costs of weathering the pandemic had “negatively affected firms’ balance sheets and reduced the resources available to them to invest in new systems, staff and training”.

A Commons committee hearing in June revealed that more than three in five (61%) British businesses had made no preparation for leaving the Single Market.

The OECD recently upgraded its outlook for the UK economy, predicting a contraction of 10.1% in 2020 against the 11.5% tumble it forecast in June.

But these forecasts do not assume further strict lockdown measures or a no-deal Brexit.