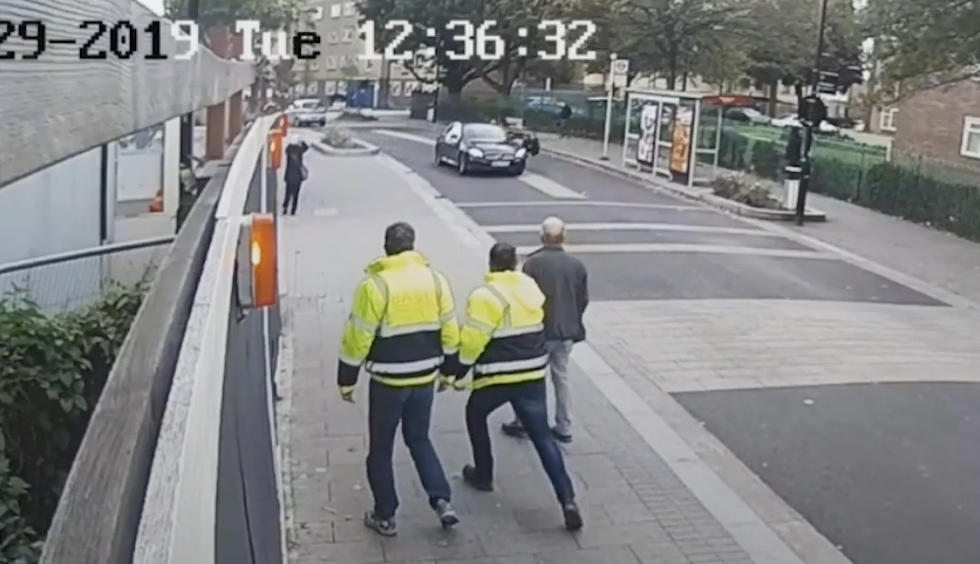 CCTV footage shows the moment a motorist deliberately drove his car into an armed police officer.

The footage shows the officer briefly clinging to the bonnet before he is thrown off and sent rolling off the road and onto the pavement.

"I remember being scared for my life, I thought I was going to die," the officer said.

PC Crowder and two other firearms officers stopped Altun, of Tottenham, on 29 October after an investigation into a shooting that took place the day before.

He had his semi-automatic rifle raised and shouted to Altun that he was armed police and for him to show his hands.

Altun then drove at him, leaving the constable in pain and dazed, drifting in and out of consciousness.

He did not receive life-threatening injuries and may have been protected by his armour.

Defending Altun, Christopher Birtham said he "panicked and made the wrong decision" when confronted by the armed officers, and that had PC Crowder suffered serious injury or death, that would not have been a "necessary or a desirable outcome" for the defendant.

Prosecutors claimed his mother Sutan, 54, and sister Hanim, 24, both of Tottenham, told police the Mercedes was stolen, but were cleared of perverting the course of justice.

The incident follows a number of high-profile dangers to officers. PC Andrew Harper was killed on duty in 2019 after becoming entangled on a car's tow rope and dragged as teenagers drove off while he responded to a reported burglary.

Sergeant Matiu Ratana was shot dead at Croydon Custody Centre in September and a female officer was taken to hospital after being stabbed in the abdomen at a store in central London on 4 October.

Met assistant commissioner Louisa Rolfe said: "We're just weeks on from the awful killing of Sgt Matt Ratana, I'm pleased that a dangerous criminal who drove at an officer and put his life in danger has been convicted."

Altun is due to be sentenced on Friday.