Police warn women to be vigilant after three stabbed 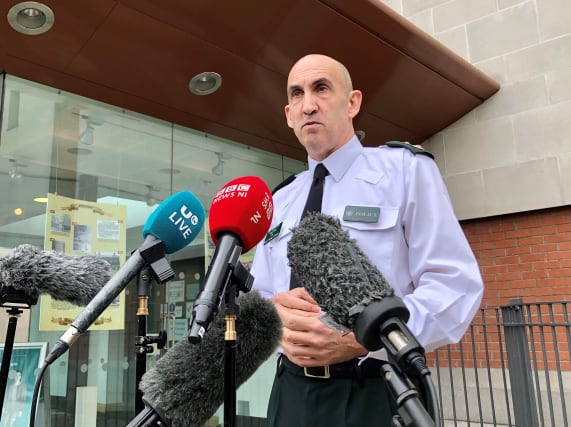 Police have warned women in Belfast to be vigilant after three were stabbed in separate incidents.

They were attacked by a silent and hooded or masked assailant on a bicycle, using a small but sharp knife, in the city centre on Monday evening.

The victims were aged between 19 and 22. Wounds were inflicted in the neck, arm and back of the leg areas but were not life-threatening.

Another two young women were punched on the head.

PSNI Chief Superintendent Simon Walls said: “Just be vigilant, know where you are.

“If you are going out, try to be with a friend or in groups.”

Such attacks are extremely rare in Northern Ireland and officers have stepped up patrols.

“We accept the fear that this type of attack causes. We wish to say that incidents like this in Belfast and across Northern Ireland are indeed rare.”

Officers do not believe robbery was a motive.

Some of the victims were accompanied by friends.

The suspect was riding a mountain bike and may have been wearing a mask, police said.

The three stabbed women were taken to hospital for treatment but have since been discharged.

Mr Walls said: “This will have been a hugely traumatic incident and experience for them.”

The first stabbing happened in Ormeau Avenue at around 8.10pm.

The second was reported at around 9pm in Donegall Square West, followed by a third in University Road at around 10pm.

A fourth incident happened in Lisburn Road in the same general time-frame.

“Nobody should feel unsafe on the streets of Belfast and the local community are shocked and upset at this attack,” she said.

“I urge anyone with any information to come forward to the PSNI.”

Officers have asked anyone with information to contact them on 101 or Crimestoppers anonymously on 0800 555111.