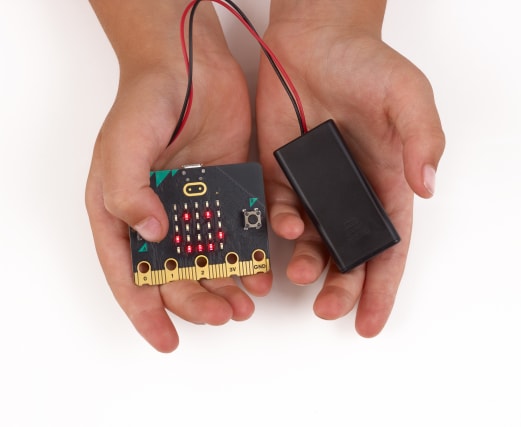 Pocket-sized computer micro:bit is being updated for the first time since 2016 with the latest technology to help children code.

The device is now four times faster and includes a built-in speaker and microphone, as well as upgrades making it possible to experiment with artificial intelligence and machine learning.

Micro:bit was first launched by the BBC in 2016, as a successor to the BBC Micro that introduced many schoolchildren to computing in the 1980s.

It is designed to support the school curriculum on computing and improve digital skills, containing sensors that can detect motion and direction.

During its initial revival, free devices were given to every year 7 student in the UK.

More than five million original micro:bits are used in classrooms around the world.

“From the very beginning, the BBC’s purpose has been to inform, educate and entertain – qualities which are all reflected in the micro:bit project,” said BBC Director General Tim Davie.

“Since its launch through our Make it Digital campaign, it has helped transform digital skills and learning.

“I have no doubt the updated and upgraded micro:bit will drive further innovation and creativity, both in the UK and around the world.”

“Learning coding and computational thinking can enhance their life chances in the 21st century.

“We have worked closely with our thriving community to make it even easier to get the most out of the device both inside and outside the classroom.

“Getting hands-on and experimenting with the micro:bit is critical to helping children better understand important technologies early in their development, and we aim to make this as fun, accessible and affordable as possible.”