Judge-led review announced into how allegations against troops are investigated 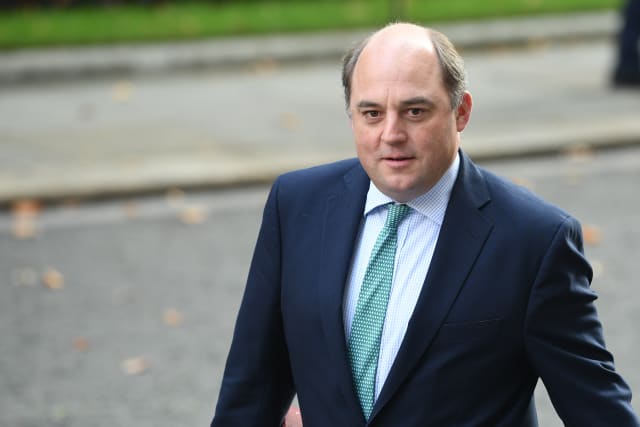 A judge-led review will look into the way allegations of wrongdoing during overseas military operations are investigated, the Defence Secretary has announced.

The Ministry of Defence (MoD) said the probe will ensure the guidance for investigating accusations against members of the armed forces relating to actions taken on foreign soil is “fit for the future”.

The announcement comes as the Government faces controversy over its Overseas Operations (Service Personnel and Veterans) Bill which Labour has said fails to protect troops from prosecution on historical matters.

Defence Secretary Ben Wallace said: “Nobody wants to see service personnel subjected to drawn-out investigations, only for the allegations to prove to be false or unfounded.

“At the same time, credible allegations against those who fall short of our high standards must be investigated quickly and efficiently.

“This review, which will run in tandem with our Overseas Operations Bill and build on the recommendations of the Service Justice System Review, will help future-proof investigations and provide greater certainty to both victims and service personnel.”

The MoD said the review, which will be led by a retired judge, would not reconsider past investigations or prosecutorial decisions, and nor would it reopen historical cases but look instead at how “processes can be strengthened”.

Labour accused the Government of using the review to divert from the criticism the Overseas Operations Bill has been receiving.

Ministers have said the legislation will limit false and historical allegations arising from overseas operations by introducing a statutory presumption against prosecution, making it exceptional for personnel to be prosecuted five years or more after an incident.

But campaigners and some senior military figures have warned the legislation will create a presumption against prosecution of torture and other serious crimes except rape and sexual violence.

“Over the last five years, the Government has done four reviews with almost 100 recommendations on armed forces investigations and prosecutions.

“Faced with growing criticism of their Overseas Operations Bill, the Government has launched another review rather than rethinking the legislation.

“Ministers should instead work with Labour, and organisations including the British Legion and Liberty, to improve the Bill so it better protects British troops and our reputation for adhering to international law.”