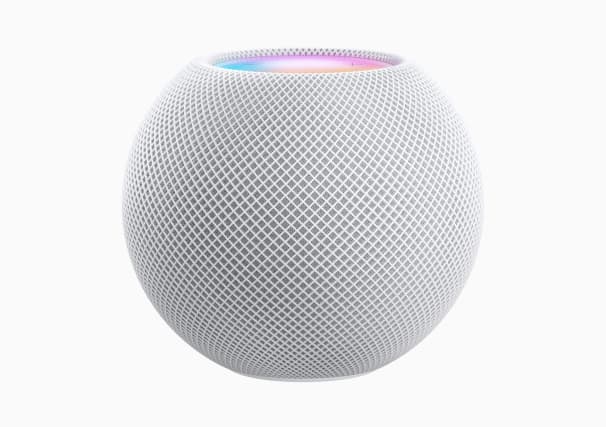 Apple had expanded its smart speaker range with a new, smaller version of its HomePod to take on the likes of Amazon and Google.

The new HomePod mini will cost £99 and includes the same voice control features as the full-size HomePod, carried out through virtual assistant, Siri.

However, Apple has attempted to make the mini a more agile speaker by making it smaller – it is just under 8.5cm tall – and through a new Intercom system which allows users to send voice messages from one HomePod to another around a home, as well as to other Apple devices such as the iPhone, Apple Watch and AirPods.

A hand-off feature also enables iPhone users to bring their smartphone close to the HomePod to hand over audio playing on the phone to the speaker.

Several mini units can also be paired together around the home and play audio in multiple rooms, while placing two HomePod mini speakers in the same room will create a stereo pairing.

Last month, Amazon announced a new line-up of its own Echo range of smart speakers, including the flagship Echo, which is priced at £90 – making the HomePod mini a direct rival to the device.

Apple’s Bob Borchers said the HomePod mini had “everything customers want in a smart speaker”.

“HomePod mini is the ultimate smart speaker for anyone with an Apple device. It works effortlessly with iPhone to hand off music, answer calls, or deliver personalised listening suggestions, elevates the sound from Apple TV, plays music from a Mac, and so much more,” he said.

“There’s a lot of Apple innovation packed into such a small speaker, all at an affordable price.”

“Thanks to aggressive pricing and advanced integrated services with its Apple ecosystem such as the new Intercom service, the new HomePod mini is also likely to sell well in the coming months,” he said.

“These keynote announcements demonstrate one more time that the total Apple experience is more than the sum of the device parts.”