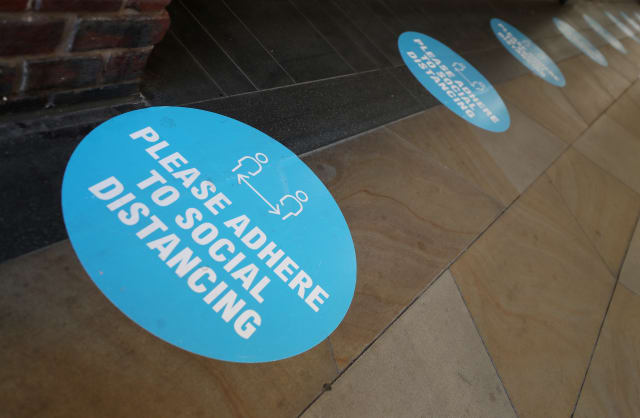 Wales could be placed under a new national lockdown in order to halt a sharp rise in coronavirus cases, the country’s health minister has warned.

Vaughan Gething said local measures in place across parts of the country may not be enough to supress the increasing rate of virus transmissions into the winter months.

On Monday, Mr Gething said the next two weeks could see infection rates in Wales reach levels not seen since the peak of the virus during the spring, which led to huge strains being placed on health services.

A decision will be made in the coming days, he said, on whether the current local lockdowns are to be maintained or new all-Wales measures could be imposed.

Mr Gething told the Welsh Government’s Covid-19 press briefing: “The measures that we have put in place at local and national level to date have helped us to keep the spread of the virus in check.

“However, there is growing concern that these will not be enough to help see us through the winter because the virus is spreading so quickly.”

He added: “I do not want to scare people, but I do want people to understand that we potentially face a very difficult few months ahead of us.”

Asked what potential new restrictions were being discussed, Mr Gething said: “We are considering all measures, whether we maintain local restrictions or whether we move to a national picture.”

He and First Minister Mark Drakeford attended a Cobra meeting chaired by Boris Johnson on Monday morning, in which the Prime Minister discussed England’s proposed three-tier strategy, in which areas will be labelled as medium, high or very high risk and inform appropriate measures.

Mr Gething said the Welsh Government would “consider” the system and would be “watching with interest” with regard to its results.

Mr Gething said Wales would also consider adopting the so-called “circuit break” restrictions being used in Scotland, where pubs and restaurants in the central belt have been ordered to close for two weeks.

Latest figures show the rate of incidents of Covid-19 in the past seven days in Wales was now more than 100 cases per 100,000 people.

And an Office for National Statistics infection survey suggests that one person in every 500 has the virus in Wales.

Mr Gething said the R number for Wales was now estimated to be at 1.37, while the number of people with the virus in Welsh hospitals was more than 330, up from 100 last week, and rising.