Ofcom upholds complaint against Newsnight over report about Lyra McKee 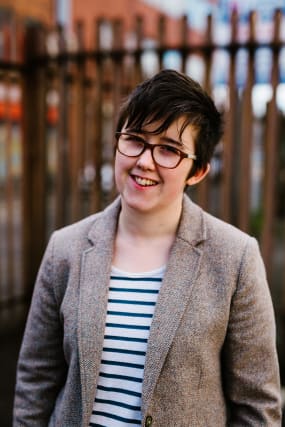 Ofcom has upheld a complaint against Newsnight over the broadcast of images which appeared to show the murdered journalist Lyra McKee in her dying moments.

The BBC programme showed mobile phone footage which focused on her as she lay on the ground at the centre of a crowd of people with her shoes visible.

Ms McKee, 29, was shot dead by dissident republicans in Londonderry in April 2019 as she observed rioting in the Creggan area of the city.

Nichola Corner, her sister, complained to Ofcom that Ms McKee’s privacy had been infringed upon.

She said Ms McKee’s family had not been made aware that the images would be broadcast and the programme had been extremely distressing for them, according to Ofcom.

The watchdog said the report represented a “very significant intrusion into Ms McKee’s right to privacy”.

It added: “Ms McKee was largely obscured by people standing around her and only a brief glimpse of her trainers was visible.

“However, Ofcom considered that although no explicit detail of injuries was shown, the footage was still of a highly sensitive nature because it showed the final moments of someone who was dying.”

Ofcom said it had factored into its decision the fact that the BBC had apologised for broadcasting the footage.

The report, titled The Real Derry Girls And The Dissidents, which was shown on November 5 2019, looked at terrorism in Northern Ireland.

An Ofcom spokeswoman said: “Our investigation found this footage amounted to an unwarranted intrusion into Ms McKee’s right to privacy, and we have upheld this complaint.”