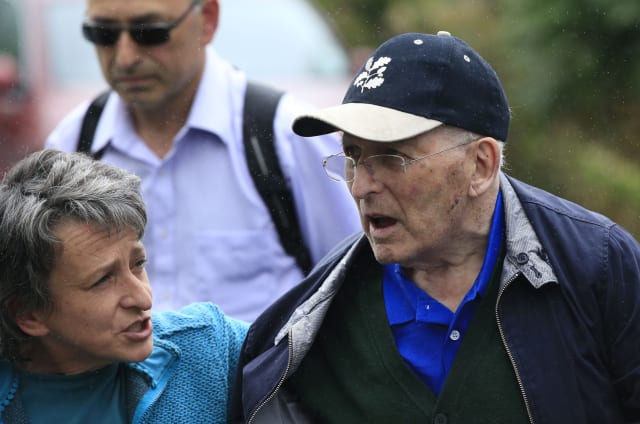 Children in care homes allegedly abused by the late Lord Janner did not immediately contact police because they felt “fear, shame, embarrassment and confusion”, the Independent Inquiry into Child Sexual Abuse (IICSA) has heard.

Brian Altman QC, counsel to the inquiry, said complainants feared they “would not be believed”, while another said social care staff were “very dismissive” when their concerns were raised.

The latest strand of the IICSA began on Monday, examining institutional responses to allegations of child sexual abuse against Lord Janner dating back half a century.

Lord Janner, a Labour MP from 1970 until 1997 when he was made a peer in the House of Lords, died in 2015 while awaiting trial for 22 counts of child sexual abuse offences, relating to nine different boys.

In an opening statement to the inquiry, Mr Altman said Leicestershire Police conducted two investigations into the allegations against Lord Janner, in 1999 and 2012, but that neither resulted in charges being brought.

He said: “How and why no charges were brought will be the focus of much of the evidence you will hear over the next three weeks.

“His death (in December 2015) brought an end to the criminal proceedings and with it the prospect of a jury deciding whether the acts occurred.”

He added: “Every allegation made against him has been consistently and repeatedly denied.”

He told the panel: “This is not an investigation into Lord Janner’s guilt or his innocence, it is not a proxy criminal trial or a civil trial.”

Mr Altman said one of the allegations related to a claim of buggery at a flat in Dolphin Square, in Westminster, central London, in the 1960s when the complainant was homeless having run away from care.

The alleged victim said “there was just no opportunity or person I could have told”, Mr Altman told the inquiry.

In the 1970s, one complainant said he was indecently assaulted at a children’s home and at the Houses of Parliament, and contacted police in April 2015. The allegations were under review at the time of Lord Janner’s death.

Mr Altman said the complainant found it “too hard to even admit to myself what happened” to him.

He did not report it to police at the time because he was concerned about not being believed and felt embarrassed, Mr Altman said.

Mr Altman told the inquiry there were “myriad reasons” why complainants did not tell police of the alleged abuse at the time.

He said this included “fear, shame, embarrassment and confusion about what the complainant said happened, or concern by the child that they would not be believed”.

Nick Stanage, representing 13 complainants on behalf of law firm Slater and Gordon, told the inquiry of the lengthy wait for “justice”.

He said: “That prosecution came many years after allegations first surfaced – it was a prosecution that came too late.

“For our clients, justice delayed was justice denied.”

He added: “Prominent people accused of child sex offences should be prosecuted with the same determination and the same vigour as any defendant.”

In a statement, Lord Janner’s son Daniel Janner QC said the inquiry would “deny my family the ability to cross-examine accusers”.

He said: “My father cannot answer back from his grave.

“He is not there to defend himself.”

Previously, the investigation into MPs, peers and civil servants working at Westminster found political institutions “significantly failed in their responses to allegations of child sexual abuse”.

But it said there was no evidence of a “Westminster paedophile ring” – allegations made in the House of Commons in 2012 which kick-started the multimillion-pound inquiry, and later resulted in the prosecution of fantasist Carl Beech.

The remaining three avenues of the inquiry – including the Lord Janner strand – are due to hear evidence this year, before a final report of overarching findings from all 15 sections of the investigation is laid before Parliament in 2022.