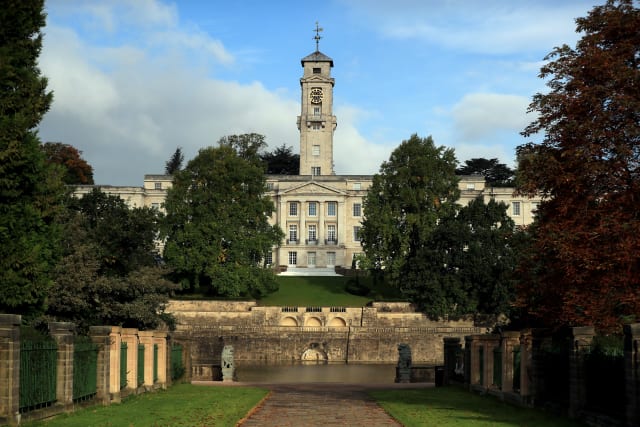 Police have condemned the “reckless” party behaviour of some university students in Nottingham, hours before the city is expected to be put into lockdown.

Nottinghamshire Police said they attended various gatherings at the weekend, including a hot tub party and a group of students celebrating negative Covid-19 test results.

The rising rate has coincided with a recent outbreak at the University of Nottingham, as figures on its website showed 425 students had tested positive for Covid-19 during the week ending last October 2.

The city council expects a local lockdown to be imposed on Monday.

The city remains well ahead of the area with the second highest rate in England, Knowsley, which is now on 669.5 cases per 100,000.

Both the University of Nottingham and Nottingham Trent University said any students who flouted the rules will face disciplinary action.

Police said a total of 10 fixed penalty notices were issued at the weekend, including seven students who had gathered to celebrate their negative test results.

The force said they also dispersed a student party of 20 people, a birthday party and a hot-tub party.

Detective Superintendent Mike Allen said: “It has been a varied weekend.

“People have by and large been following the rules and the city was relatively quiet as a result with people heeding the message to stay at home this weekend to stop the numbers rising.

“Others who did come out did tend to also follow rule of six and social distancing rules and we are grateful for those that are complying.

“However sadly there are still those people out there who think the rules simply don’t apply to them.

“Therefore these people leave us with no option but to hand out fines as we have done this weekend.

“And worryingly some of those flouting the rules are of all ages and geographies despite all the warnings given to us all.

“We discovered some even hosting parties for being out of isolation and others hosting a birthday party.

“It defies logic of any kind.”

In statements issued after the fines were handed out, the University of Nottingham and Nottingham Trent University said they were working with the force to ensure students followed the guidance.

In the University of Nottingham’s statement, they said: “We are deeply disappointed at the behaviour of this minority of students this weekend.

“This is unrepresentative of the wider university community which has been acting responsibly in following the rules, doing the right thing and helping to reduce the rate of transmission our city.

“The university will investigate breaches of the coronavirus restrictions, which are an offence under our student code of discipline, and there are serious consequences for any students who do not obey the rules, including disciplinary action, fines and campus sanctions – in addition to police fines.”

A statement issued by Nottingham Trent University added: “In line with all local residents, we asked our students to take immediate action this weekend to help stop the spread of Covid-19.

“This included keeping within households.

“Working alongside our partners at Nottinghamshire Police, we employed extra security patrols in the community as well as across our campuses to help ensure that this happened across the whole student community.

“We are proud that our students are a part of the local community and know that the vast majority of our students respect the guidelines and advice.

“All students are aware that any breach of government guidelines could lead to both fines from the police and swift disciplinary action from NTU that may include being excluded from their course.”