Labour will have to say ‘enough is enough’ on Covid rules, says council leader 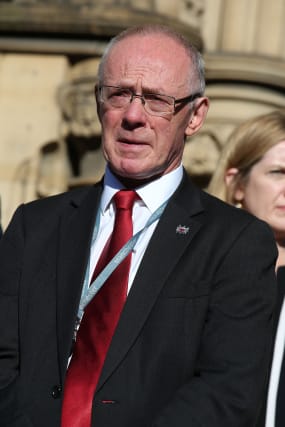 Labour will have to say “enough is enough” and refuse to support further Government Covid restrictions at some point, the leader of Manchester City Council has said.

Sir Richard Leese made the comments ahead of the introduction of new three-tier coronavirus rules as northern MPs and mayors voiced alarm at the Government’s handling of the situation.

However, shadow foreign secretary Lisa Nandy made it clear that while Labour wants to force a vote on a better financial package for those impacted by the fresh restrictions, the party is unlikely to oppose the new rules.

Labour leader Sir Keir Starmer has said the party would not vote down restrictions like the 10pm pub curfew in the coming days because such a move would hit other restrictions as well.

He told Times Radio: “At some point, given, frankly, the job that Government have done so far in tackling Covid-19, given, until this week, unwillingness to properly co-operate with local government – this is the first time we’ve had any discussions in eight months, any real discussions with Government over eight months – I think at some point the Labour Party in Parliament has to say, ‘enough is enough, we can’t support this’.

“Clearly at the same time putting a realistic alternative.”

Wigan MP Ms Nandy said Labour will be seeking a vote when Prime Minister Boris Johnson unveils the new three-tier restrictions in the Commons on Monday.

She told BBC One’s The Andrew Marr Show: “What we really want… is for the Government to come forward with a package of financial support that enables people to comply with the health restrictions.”

Asked if Labour MPs will join Tory rebels to vote the measures down if the Government does not listen, Ms Nandy said: “We will try and frame the terms of a debate and vote in the House of Commons so that there is an opportunity to put forward an alternative support package.

“The problem with just voting down what the Government is proposing is – as (Greater Manchester mayor) Andy Burnham and others recognised at the press conference yesterday – is that we support more restrictions coming in, we’ve got to get control of the virus, we support a financial package, but the financial package is not sufficient.

“We don’t want to get rid of what the Chancellor has done. It was right that he said there will be some help, but the help is by no means good enough.”

Pushed again on whether Labour is prepared to vote against the Government’s restrictions, Ms Nandy said: “We wouldn’t vote down a support package with nothing in its place. That wouldn’t be a responsible thing to do at all.

“But we certainly will be seeking to find a way to force a vote in the House of Commons for a better support package.”

Ms Nandy said it is “probably right” for greater restrictions to be placed on pubs.

She added: “Now I think it is probably right to say that there are going to have to be restrictions on pubs. I think the length of time that young people spend in pubs probably is part of the driving force around this.”

This cellist is filling empty museums with music