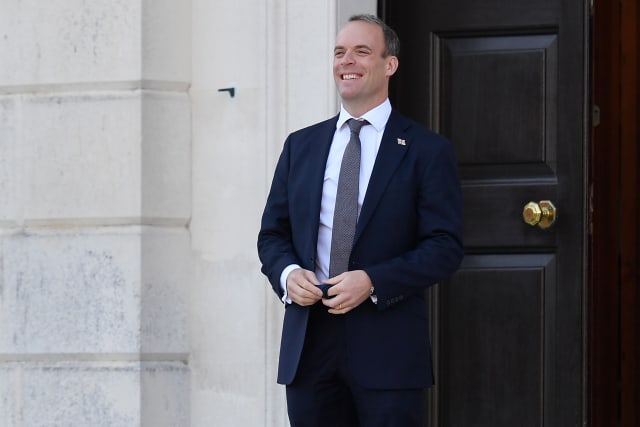 The UK has temporarily recalled its ambassador to Belarus Jacqueline Perkins in response to the Belarusian government’s decision to expel 35 diplomats from neighbouring Poland and Lithuania.

Minsk asked the two countries to scale back the number of diplomatic staff they had in Belarus on Friday amid ongoing political unrest following the re-election of President Alexander Lukashenko.

Protests disputing the results of the election have been going for more than two months, with demands made for Mr Lukashenko’s resignation and freedom for political prisoners.

On Friday night, Mr Raab tweeted: “(The UK) condemns Belarus’ decision to expel Polish & Lithuanian diplomats. Completely unjustified and will only isolate the Belarusian people. In solidarity, we are temporarily recalling our Ambassador for consultations on the situation in Belarus.”

Mr Lukashenko, who has been the sole occupant of the position since it was established 26 years ago, won with 80% of the vote while his main challenger Sviatlana Tsikhanouskaya received only 10%.

She and her supporters refused to recognise the result as valid, and mass protests have rocked Belarus ever since.

The Belarusian government has detained more than 10,000 people since the protests began, according to the Viasna human rights centre.