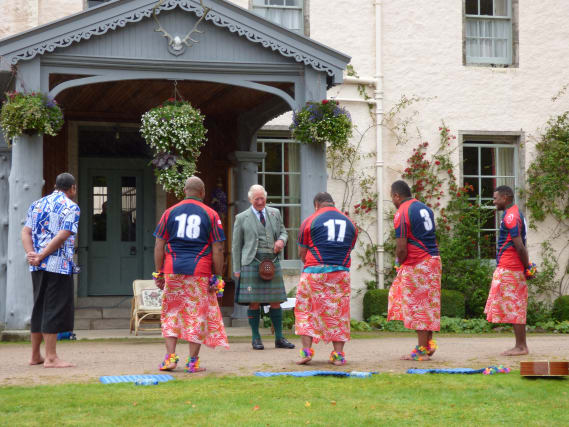 The Prince of Wales watched Fijian soldiers perform traditional dances and songs to mark the 50th anniversary of the former crown colony becoming an independent country.

Five fijians of The Black Watch, third Battalion The Royal Regiment of Scotland visited The Duke of Rothesay, as Charles is known in Scotland, at Birkhall, on the Balmoral estate in Aberdeenshire on Saturday.

Dressed in traditional skirts and shirts, they performed the “Lakalaka”, a celebration of life which usually marks formal occasions, said Clarence House.

Charles was presented with a whale tooth, known as a Tabua – a sacred Fijian cultural relic, by Sergeant Lawaci, who was awarded the Queen’s Gallantry Medal in 2005 for his services in Iraq.

“I was so deeply touched by the warmth of the Fijian welcome – by the solemn traditional ceremonies, by the music, the dancing and the remarkable hospitality afforded to me.”