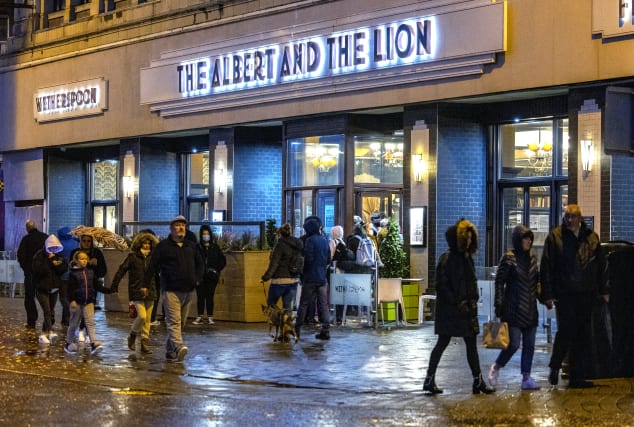 Pub giant Wetherspoons is expected to tumble to an annual loss after sales were hammered by the mass closure of sites in the face of the coronavirus lockdown.

The pub group will announce its annual results for the year to July on Friday October 16, but investors will be particularly keen for an update on recent trading.

Wetherspoons told investors in August that it had seen a steady progression in trading since first reopening sites.

But hospitality firms have since been hit by a 10pm curfew, restrictions on service, local lockdowns and a broad downturn in sentiment.

Kate Nicholls, the chief of trade group UK Hospitality, told MPs earlier this week that pub operators said recent restrictions have “moved them back to the trading levels they saw at the start of July”.

In recent days, reports have surfaced that pubs in large areas of the north of England could be forced to close from Monday.

Such a move would have a notable impact on the pub group, whose 873 pubs are widely spread across the UK.

However, the Chancellor’s latest financial support package could help support the group through further sustained closures, after Rishi Sunak said the Government will pay two thirds of the wages of staff in pubs, restaurants and other businesses if they are forced to close again.

It highlighted a potential regression after the company had reported like-for-like sales decline of 16.9% for the 44 days to August 16, when it had benefited from the Eat Out to Help Out programme and warmer weather.

Wetherspoons will report a boost from the Eat Out to Help Out scheme in August, and subsequently launched its own incentive scheme, Stay Out to Help Out, to lure in customers between Monday and Wednesday.

However, there are still questions over the degree to which these incentives and cuts to food and drink VAT will offset cost rises.

“Its pubs were forced to shut for three months and the company spent £15 million on hygiene and social distancing measures when they reopened,” said Susannah Streeter, senior investment and markets analyst at Hargreaves Lansdown.

“Recouping those costs and the loss of business won’t be easy, given the slow economic recovery and the earlier closing times the chain has now to adhere to.”

Wetherspoons has also seen its travel sites particularly impacted by the pandemic, announcing last month that up to 450 jobs will be cut across its airport pubs.