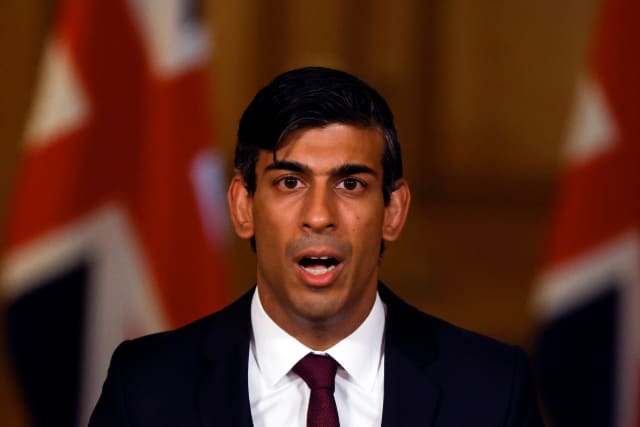 Scotland’s Finance Secretary has called for clarity from the UK Government over an extra £700 million in funding provided to Holyrood.

In an update to his winter economic plan, Chancellor Rishi Sunak announced an increase in cash being made available to the Scottish Government for its response to coronavirus.

Mr Sunak also announced an extension to the furlough scheme, which was due to end this month, for the next six months – with those working in businesses forced to close having two-thirds of their wages covered by the UK Government.

The Treasury said the increase in funding means £7.2 billion extra cash has been provided to the Scottish Government, but Kate Forbes said there should be more clarity on what it covers.

She wrote on Twitter: “I welcome further consequential funding announced by the Chancellor today, though some clarity still needed on what it covers in terms of health, transport and business support.

“Adapting the job support scheme to mitigate the impact of localised lockdowns is also welcome.”

According to Chief Secretary to the Treasury Steve Barclay, a meeting was held between the department and the devolved administrations before Mr Sunak’s announcement on Friday.

Mr Barclay tweeted: “Good to discuss the UK-wide expansion of the Job Support Scheme with my counterparts in Scotland, Wales and Northern Ireland today and confirm we’re giving the devolved administrations a £1.3 billion guaranteed funding increase to help their Covid response.

Scottish Secretary Alister Jack also welcomed the move, saying: “The extension of the Chancellor’s Job Support Scheme is welcome news for businesses across Scotland, providing a vital safety net for companies which are asked to close temporarily.

“From the very start of the pandemic, the UK Government has focused on stopping the spread of coronavirus and keeping people safe, while also doing everything we can to protect the economy.

“The unprecedented package of measures we have put in place to support all parts of the country shows the clear benefits for Scotland being part of a strong United Kingdom.”

He said: “Just as he protected nearly a million Scottish jobs with the furlough scheme, Rishi Sunak has stepped up and delivered a seismic £700 million boost for Scotland, plus an expanded Jobs Support Scheme for locked down businesses across the UK.”