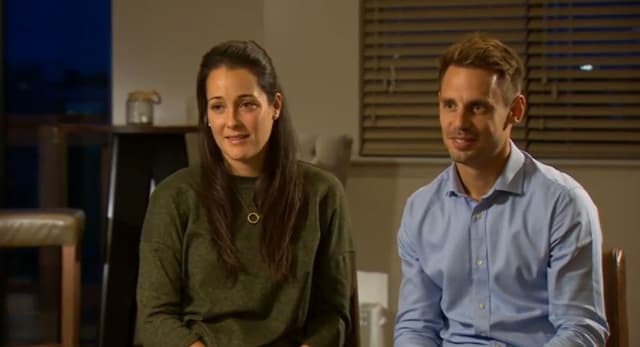 The parents of a baby boy who died seven days after his emergency delivery have said they want people to be held accountable, after a scandal-hit NHS trust was charged over his death.

The Care Quality Commission (CQC) announced on Friday that it is prosecuting East Kent Hospitals University NHS Foundation Trust over the death of Harry Richford.

An inquest found that Harry’s death at the Queen Elizabeth the Queen Mother Hospital in Margate in November 2017 was “wholly avoidable”.

The CQC said in a statement: “The trust is charged with exposing Harry Richford and his mother, Sarah Richford, to significant risk of avoidable harm.

“Baby Harry tragically died on November 9 2017, seven days after he was born on November 2.”

The trust faces two charges of failing to provide safe care and treatment under the Health and Social Care Act 2008 (Regulated Activities) Regulations, in the first prosecution of its kind.

Harry’s parents, who are both teachers, welcomed the decision and said they hope Harry’s death will spark change.

“We’ve got some of those answers and feel like we’ve made a change.”

“He only lived for seven days but ultimately we wanted those seven days to make a difference on the world, perhaps the difference he would’ve made if he wasn’t born without any injuries.

“We hope all of these changes that are going forward being made in Harry’s name, then he has made a significant difference in his short life.”

An independent report published in April by the Department of Health and Social Care outlined 24 maternity investigations undertaken since July 2018, including the deaths of three babies and two mothers.

Dr Bill Kirkup, who led the investigation into serious maternity failings at University Hospitals of Morecambe Bay NHS Foundation Trust, has been appointed to carry out an independent review into East Kent Hospitals’ maternity services.

East Kent Hospitals chief executive Susan Acott said: “We are deeply sorry and apologise unreservedly for our failure to provide safe care and treatment, resulting in the death of baby Harry in November 2017.

“Mr and Mrs Richford’s expectation was that they would welcome a healthy baby into their family.

“We are deeply sorry that we failed in our role to help them do that and for the devastating loss of baby Harry.

“We recognise the mistakes in both Harry’s delivery and subsequent resuscitation and that Harry’s family was not given the support and answers they needed at the time.

“We deeply regret the extra pain that this caused them.

“The trust has admitted to the CQC that it failed to provide safe care and treatment, for which we are profoundly sorry.”

Harry’s grandfather, Derek Richford, said in a statement on behalf of the family: “We are pleased that the CQC have made the landmark decision in making a criminal prosecution of the East Kent Hospitals Trust regarding the unsafe care and treatment of Sarah and Harry Richford.

“It will now be for the courts to hear all of the evidence that the CQC and our family have amassed over the last three years and to decide whether the clinical care and treatment offered at that time could be considered safe, or whether there was a criminal breach of the duty of care that was clearly owed to both Sarah and Harry at their most vulnerable time.”