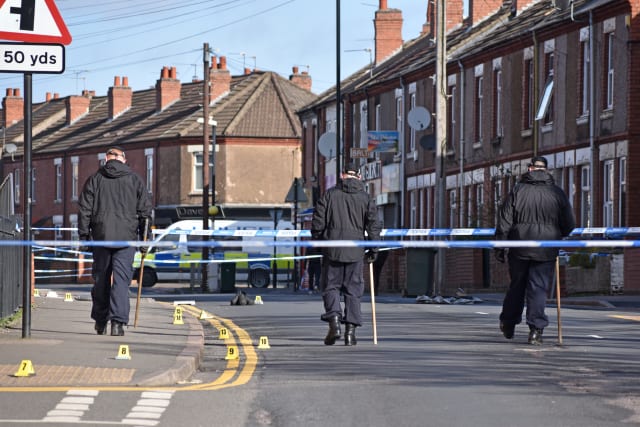 A teenager who stabbed a 16-year-old footballer to death in an “unwarranted and vicious” attack outside a house party has been given a minimum term of 17 years.

Ramani died in hospital after being found with four stab injuries, including a wound to his heart, in Clay Lane, Stoke, Coventry.

A trial was told the victim was initially attacked outside a house party in nearby Chandos Street on February 29 this year.

Ramani, from Erdington in Birmingham, was fatally injured less than half an hour after arriving at the party, and was chased into Clay Lane after being dragged out of a house by Phull.

Sentencing Phull, of Binley Road, Coventry, to detention for life on Friday, Judge Andrew Lockhart QC said: “You carried a knife because you thought it was a good idea and because you would be able to readily resort to its use with lethal force should you deem it necessary.”

The judge said the case was aggravated by the fact that Phull, who had not been invited to the party, had drunk spirits and taken cannabis before deciding to attack Ramani.

Judge Lockhart added: “You were so disinhibited that you were more likely to get angry at the smallest perceived slight.

“This was to be an attack… where you knew you held, ready to deploy if needed, a huge lethal knife.”

Describing the fatal stabbing as “wholly unwarranted and vicious,” the judge ruled that Phull had shown “not one shred of regret” after setting about Ramani in a premeditated away, using severe force.

The judge told Warwick Crown Court: “This was an anticipated knife attack on a man you had picked a fight with. He was immediately compromised and notwithstanding that you chased him.

“You did not give evidence. This court has heard not one word from you to justify or explain why you carried and used a lethal weapon.”

In a statement issued after Phull was convicted, Ramani’s family said: “In reality justice cannot be done in this case.

“No sentence will ever be enough and nothing can bring Ramani back or ease our pain.”