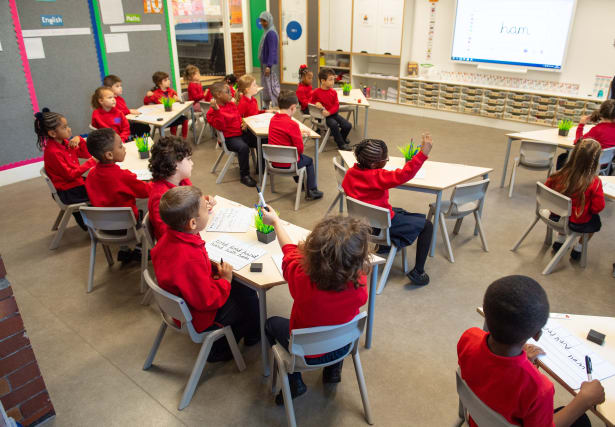 Sats exams and Ofsted inspections should be suspended this school year as they will do “more harm than good”, a report suggests.

The coronavirus pandemic has had a disproportionate effect on primary schools and children in the most deprived areas in England, according to research published by UCL’s Institute of Education (IoE).

The Government’s plan to help pupils catch up on missed lessons following lockdown should not focus on testing and formal inspections as schools have had vastly different experiences, the researchers say.

More than three in four (77%) teachers think the most disadvantaged pupils will be unfairly penalised if testing and inspection go ahead in primary schools as normal, according to the report.

This figure rises to 84% among teachers working with the most disadvantaged communities.

Sats exams for Year 6 pupils – which are used to compare schools’ performance – are due to take place in May, and Ofsted is planning to restart its full inspection programme from January.

The authors say using national tests to judge primary schools would be unfair.

Co-author Professor Gemma Moss, from UCL’s IoE, said: “The effects of the Covid-19 pandemic have hit schools working with our poorest communities hardest and current government remedies will do more harm than good.

“Our report suggests the way to build resilience in schools is by suspending Sats and Ofsted inspection visits this academic year and by taking time to listen to and learn from the local stories given by those who have been affected the most in different ways.

“Test results and league tables do not take into full account the burden that poverty itself places on disadvantaged communities and the schools that work with them.”

It comes as Ruth Davies, president of school leaders’ union NAHT, will call on the watchdog to abandon its plans to inspect schools from January as she warned that accountability is “crushing” headteachers.

In a speech to the union’s virtual conference on Friday, Ms Davies will say: “During the next few months, Ofsted has the power to do so much good. Instead it is choosing to do harm. For a publicly-funded body to ignore the views of school leaders and press on with inspection is unforgivable.”

More than 1,600 primary school teachers in England took part in the research by the International Literacy Centre at the IoE – which was carried out through the Teacher Tapp app in May.

A follow-up survey of more than 200 primary school teachers was then conducted in July, with in-depth interviews with school staff and leaders.

It found that nearly four in five respondents considered the Government’s communications with schools to be handled either badly or very badly.

The researchers are calling for schools in disadvantaged areas to be supported financially to recover and to be given more discretion to spend additional funding on the issues that matter most in their context.

Prof Moss added: “Teachers’ priorities are often at odds with government ‘headline’ policies and guidance such as catch-up provision, the use of statutory testing to ascertain gaps and the practicalities of using remote learning as an alternative to face-to-face teaching.

“It doesn’t make sense for all schools to rebuild in the same way given the diversity of schools’ experiences. As it currently runs, the whole system is more vulnerable to the effects of a pandemic than it should be and government plans must change to prevent doing more harm than good.”

A Department for Education spokeswoman said: “We are planning for statutory primary assessments to take place in summer 2021, while the statutory rollout of the reception baseline assessment has been postponed until September 2021.

“In response to the impact of coronavirus, we have suspended performance tables for the 2019/20 academic year and no school or college will be judged on data based on exams and assessments from 2020. We will announce more details on accountability arrangements for the 2020/21 academic year shortly.”