More than 1,000 students test positive for coronavirus at Newcastle University 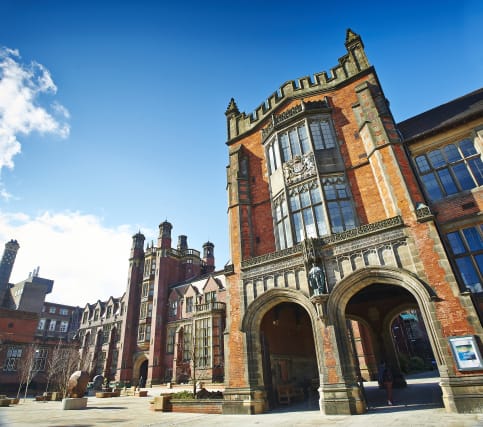 More than 1,000 students at Newcastle University have tested positive for coronavirus in the past six days, the institution has said.

That came on top of the 770 positive tests among students at neighbouring Northumbria University which was announced on Friday.

The latest figures came after both universities announced they would be switching to online teaching for a minimum of three weeks, unless in-person lessons were an essential part of the course.

A further 12 staff members from its 6,500 employees have had a positive result in the same period.

A spokeswoman said “the overwhelming majority of cases” were from “social and residential settings”.

She added: “We expected to see cases rise in light of the increase in cases both locally and nationally and all HE institutions have to manage this on an ongoing basis.

“We feel confident that we have appropriate measures in place to protect us all while we are on campus and to reduce the potential for transmission in our community.”

One lecturer who asked not to be named said: “I feel heartily sorry for the students.

“I suspect not all but many are getting nothing, and probably less, out of their uni experience than they would in the relative safety of their homes.

“After all, who could have predicted that bringing thousands of people together from all over the country, and other countries, in confined spaces would not risk an explosion in infections?

“It was sheer lunacy and a lot of staff are angry about it, and not just because of how it affects them.”

Meanwhile, at Leeds University, 555 students and three staff members have tested positive between September 28 and October 4.

Professor Simone Buitendijk, vice chancellor, said: “We are acutely aware that behind each number is an individual with their own needs and concerns, and ensuring the safety, health and wellbeing of everyone is our absolute priority.”