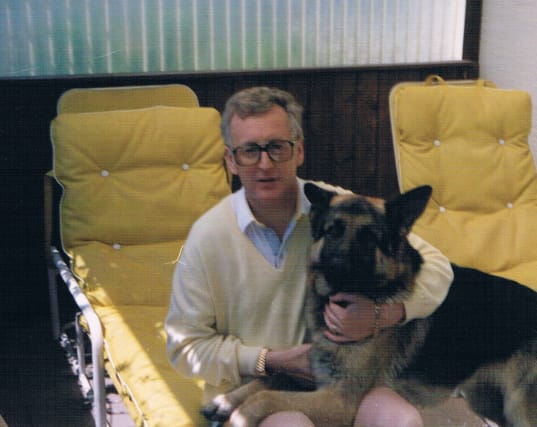 A murderer who refused to reveal where he hid his wife’s body 35 years ago will be freed from jail after an appeal to keep him behind bars was dismissed.

The grandson of Russell Causley described the Parole Board ruling to stand by its original decision to allow his release as “contemptible” and “morally wrong”.

Causley, 77, was jailed for life for killing Carole Packman a year after he moved his lover into their home in Bournemouth, Dorset.

Last month the Parole Board found that, while his refusal to reveal the whereabouts of her remains is “heartless”, it does not increase his risk to the public.

Justice Secretary Robert Buckland appealed against the decision, but on Thursday the Board confirmed it was standing by the ruling after reviewing the evidence, insisting that Ministry of Justice officials supported the release.

Causley’s grandson Neil Gillingham, from London, told the PA news agency: “It is contemptible and morally wrong,” adding that although legally the Board may make this decision, he thought it was “not morally acceptable”.

A Parole Board spokesman said: “The Parole Board has immense sympathy for families of victims who have never been found and recognises the pain and anguish they have endured.

“A senior judge of the Parole Board has rejected the application for reconsideration and found that the decision of the original panel was a rational one, with ample evidence on which the panel could base its decision.”

Mr Gillingham previously said the family had been “disgusted” with the original decision and said there was “no justice”, claiming his grandfather had “changed his version of events” but had not been held to account for this.

Mr Gillingham also said the Prisoners (Disclosure of Information about Victims) Bill “isn’t worth the paper it’s written on”.

Dubbed Helen’s Law, the proposed legislation would deny parole to killers who refuse to reveal the whereabouts of their victim’s body.

Named after Helen McCourt, whose murderer Ian Simms was released from prison earlier this year despite never revealing the whereabouts of her body, the Bill has been repeatedly delayed but is now going through Parliament.

Ms McCourt’s mother, Marie McCourt, 77, attempted to overturn the Parole Board decision to release pub landlord Simms, but this was rejected by High Court judges.

The Parole Board said Causley had a heart attack, was in “poor health” and had served more than 23 years behind bars.

A summary of the original decision said: “The panel took into account the fact that, whilst Mr Causley had given various imprecise accounts of how he had disposed of his victim’s body, he had never revealed the location of his victim’s remains.

“This had caused continuing anguish to his family. The panel concluded that this showed a lack of remorse and victim empathy and that he was a habitual liar.

“However, whilst heartless, the panel concluded that this lack of openness and honesty did not significantly affect the risk that he would cause serious harm in the community, which was ultimately the test that must be applied.”

A summary of the review of the decision said the panel considered the possibility of Causley harming his former partner, daughter or grandson if released.

It added: “It does not follow that because he has shown callousness to them by not disclosing the whereabouts of the body that he will cause them serious harm if released.

“The panel considered this, but in the light of their views of the evidence they heard, as well as other factors, they were satisfied it wasn’t going to happen.”

Causley, whose risk has been assessed as medium, will be expected to live at a specified address, wear an electronic tag and submit to a curfew, as well as comply with supervision by probation staff.

Mrs Packman disappeared in the summer of 1985, and eight years later Causley faked his own death as part of an insurance scam.

This triggered the police to reinvestigate Mrs Packman’s disappearance, and Causley was convicted of murder in 1996.

But that conviction was quashed by the Court of Appeal in June 2003, and he faced a second trial for murder.

He was again convicted at a retrial at Exeter Crown Court in April 2004.