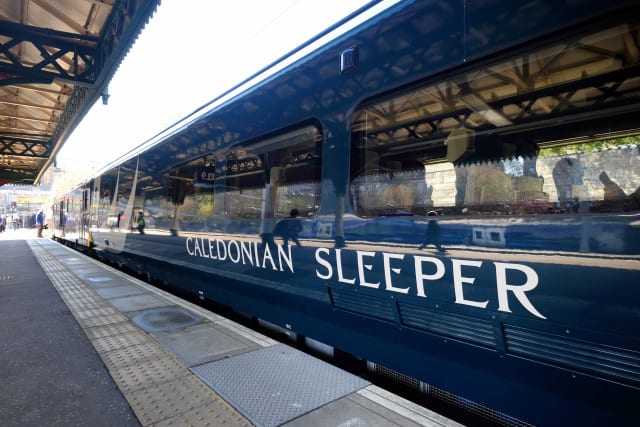 Caledonian Sleeper services have been cancelled on Sunday and Monday due to a second round of strike action.

Rail, Maritime and Transport (RMT) union members will walk out for 48 hours after it said operator Serco had “point blank” refused to engage in talks.

It accused the company of a lack of concern for staff and passenger safety and called for sufficient berths on trains for rest periods.

The union said it was prepared to negotiate and engage with arbitration service Acas but has been “stonewalled” by Serco, leaving members with “no option but to continue with the programme of industrial action rather than compromise on staff and passenger safety”.

Previously, Serco said the plans for industrial action are “extremely disappointing” and claimed to have “done everything possible to provide staff with rest areas on board”.

The first round of strikes took place from 5.30pm last Sunday to 5.30pm on Tuesday, leading to cancelled services.

A statement on the Caledonian Sleeper website said its Highlander services will be cancelled on Sunday October 11 and Monday October 12, with passengers receiving a refund.

It will run a reduced Lowlander service between Edinburgh and London on those dates for existing bookings only.

RMT general secretary Mick Cash said: “It is appalling that Serco have stonewalled every opportunity to resolve this dispute since last Sunday’s rock-solid action and that failure on the company’s part leaves them wholly responsible for the cancellation of services again this weekend.

“RMT members on Serco Caledonian Sleeper are absolutely determined to seek justice in this dispute and I know that this will be displayed again by full support across the service for this industrial action.

“We have made every effort to broker a settlement but Serco have blown it.”

Ryan Flaherty, Serco’s managing director for Caledonian Sleeper, said: “We have decided we will operate a Lowlander service on the evenings of 11 and 12 October in order to maintain some of the vital transport links we provide between Scotland and London.

“This reduced service will run between Edinburgh and London, with safety-critical staff in place as normal and supported by trained guest experience staff.

“It remains deeply frustrating that this unjustified industrial action is going ahead.

“At all times, we have sought to address concerns raised in a constructive manner. Indeed, less than a third of our workforce voted in favour of the action.

“Our offer to continue to engage with Acas still stands and we remain committed to finding a resolution to this dispute.”