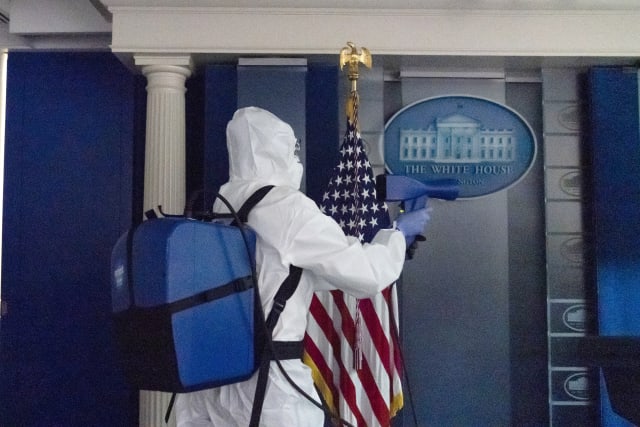 Traders struggled to decide whether to run for the hills or pile all-in on the unfolding drama taking place in the US, following President Donald Trump’s decision to end talks over a new spending package.

Instead they went for a meagre shrug, with the London Stock Exchange’s leading index closing the day barely moving.

The FTSE 100 closed the day down 3.69 points at 5946.25. European counterparts were equally unsure what to make of the geopolitical movements, with the German Dax flat and French Cac down 0.34%.

It was dragged through the session by optimism on US markets following suggestions from the Trump administration that a stimulus package targeted at the airlines could be flown in but could not do enough to close the day up.

Connor Campbell, financial analyst at SpreadEx, explained that the moves in the US indicate the president is not anti-stimulus, but a politician – pointing out Mr Trump promised a package after the election.

He said: “At the moment it’s a lot of hot air and may be setting up the markets for disappointment down the line. Nevertheless, US investors seem to be buying Trump’s pronouncements.”

The pound took a knock as investors worried about the ongoing Brexit negotiations, with movement and details being kept from public view.

European Council president Charles Michel tweeted on Wednesday afternoon: “Just talked to Boris Johnson. The EU prefers a deal, but not at any cost. Time for the UK to put its cards on the table.”

In company news, Tesco unveiled its half-year results, showing a £500 million hit from Covid-19, although pre-tax profits in the six months managed to soar 29% to £551 million.

An early spike in the share price could not be maintained and it quickly fell to close down 1.4p at 212.6p.

Up in Shirebrook, Nottinghamshire, Mike Ashley’s Frasers Group held its annual general meeting. Typically, these can be fractious due to the company’s long history of corporate governance failures.

But with the pandemic forcing the event online, the quiet affair lasted just 25 minutes – with staff promised a lifechanging bonus if shares hit 1,000p each. Shares closed up 0.8p at 361.6p.

Security giant G4S continued to fight off unwanted advances from hostile bidder GardaWorld, accusing it of being misleading in its £3 billion offer.

But shareholders remained unconvinced, with the shares closing up just 0.4p at 202.3p. This was above the 190p-a-share offer made by GardaWorld, suggesting many are holding out for a higher bid.

Investors in car dealership chain Vertu Motors remained steady, despite bosses revealing profits fell significantly in the six months to August 31. Shares closed the day down 0.4p at 31.1p – but the shares remain far higher than their lockdown lows of just 16.5p.