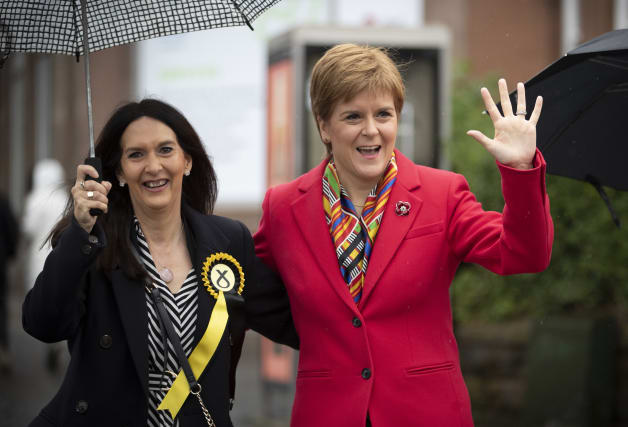 Scottish Labour has launched an online petition calling for Margaret Ferrier to quit as an MP.

Demands for Ms Ferrier’s resignation have intensified in recent days after she admitted travelling from Glasgow to Westminster while awaiting a Covid-19 test result, and making the return trip when she knew she had the virus.

She is also reported to have attended a church service before receiving the result of her test.

First Minister Nicola Sturgeon and SNP Westminster leader Ian Blackford are among those calling on Ms Ferrier to stand down.

The MP has not made any public statement since announcing her test results last Thursday.

Labour held the Rutherglen and Hamilton West seat before Ms Ferrier defeated incumbent Ged Killen in last year’s general election, and the party is also applying pressure on the MP to go.

The petition, launched by Scottish Labour leader Richard Leonard, said: “It cannot be one rule for MPs and another for keyworkers, constituents and families struggling to keep to the rules.”

Mr Leonard said: “Margaret Ferrier is clearly putting her parliamentary salary and access to Westminster perks above the needs of the people of Rutherglen and Hamilton West, who deserve a strong voice at a time when the virus is surging and jobs and living standards are facing such a grave threat.

“Margaret Ferrier has let down her constituents and is now seeking to tough it out solely in her own interests, in the hope that she will be able to cling on.

“Even now more details are emerging about the reckless behaviour from Margaret Ferrier, with reports about her attending a church service after showing symptoms of Covid.

“I will not tolerate a situation where a community that has already been let down is left voiceless by a lame duck MP who has betrayed the people she was elected to represent after she was elected on an SNP platform less than a year ago.

“Scottish Labour will continue to highlight the outrage of Margaret Ferrier continuing to sit as an MP, with the right to vote on laws that she has brazenly flouted, but which the key workers and families in her constituency have to abide by.”

UK Labour leader Sir Keir Starmer is expected to host a virtual event for residents of the Rutherglen and Hamilton West seat on Wednesday.

Sir Keir said Ms Ferrier hanging onto her seat “beggars belief”, adding it is a “gross error of judgement”.