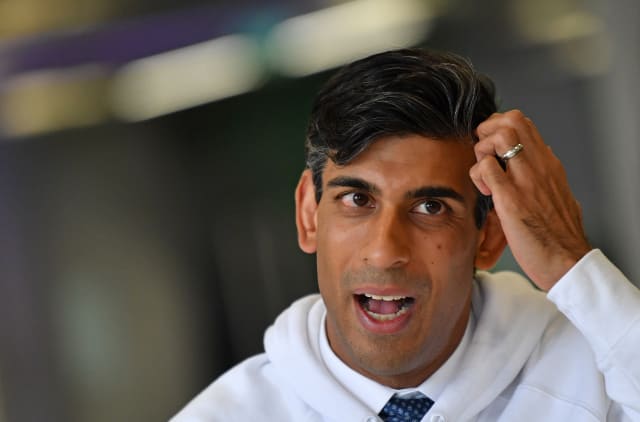 Members of the public have been sharing the unusual results of their skills and careers assessment on the Government website.

People are taking part after Chancellor Rishi Sunak suggested workers, including those in the arts, may have to “adapt” to find work in a post-pandemic world.

The tool, which went viral on Wednesday but is currently in a beta phase, gives a series of potential career options after participants answer a number of multiple choice questions.

However, after taking part in the assessment some people were left confused and entertained by the tool’s career suggestions, which included cake decorator, actor and funeral director.

“Government’s advised me to retrain as a boxer,” one social media user wrote while sharing their results on Twitter.

Another received “lock keeper” as their suggested occupation.

“’tis I, the keeper of the locks. Answer ye three riddles and thy vessel may pass,” they tweeted.

Other suggestions included aromatherapist and massage therapist, while one participant received this result: “Because of your answers, we could not recommend any job categories.”

But perhaps the most frustrated were those who were steered in the direction of their most recent arts job.

“Absolutely howling I did the assessment on the beta website the gov have made for what people in the arts should retrain as and I got… entertainer… on stage…. as in… the job in the arts I currently have,” one social media user wrote.

Meanwhile a theatre producer received “actor” as their suggested profession.

“Just done the National Careers Service assessment to see what I should retrain (as) based on my skills – what shall I do now Rishi?” they wrote.

The arts have been devastated by the pandemic, with Cineworld one of the latest to be hit, announcing that it will temporarily close all of its 101 sites across the country.