Post-Brexit trade deal ‘some way away’ despite next week’s deadline, says Frost 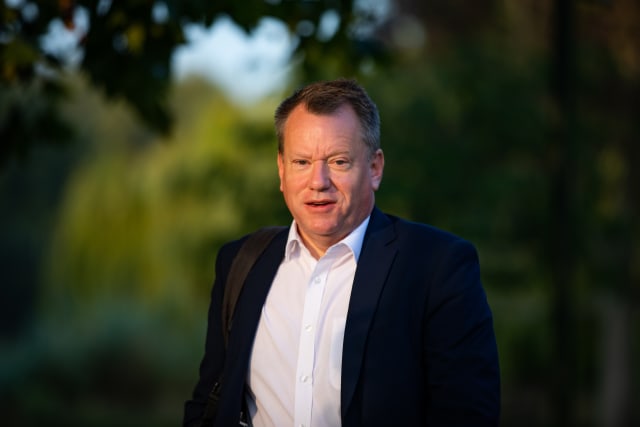 A post-Brexit trade deal with the EU remains “some way away” despite Boris Johnson’s deadline of next week looming, the UK’s chief negotiator has said.

Lord Frost said on Wednesday that “quite good progress” had been made in recent weeks but that significant differences between the two sides remained.

He told the Lords EU Committee that “in many areas, the landing zone in the nature of the agreement is pretty clear if not exactly pinned down yet”.

But he said progress was needed in areas with “big gaps” remaining, such as fisheries and the level playing field, which remain “pretty wide”.

Lord Frost said: “I feel we are some way from a deal at the moment, if I’m honest, but we are at least having a decent discussion on this and what’s possible and isn’t possible.”

The Prime Minister has set a deadline of October 15 if a deal is going to be in place by December 31, when the transition period in which the UK remains in the single market ends.

Lord Frost was pressed on whether that remains a hard deadline.

“As we approach the 15th, and it is very close already, I will have to advise the Prime Minister on whether the conditions in his statement have been met or not and we will have to consider the situation at that point,” he said.

But he insisted that “our door would never be closed” and said even if a free trade deal could not be reached, talks could continue later this year on “practical matters”.

Cabinet Office Minister Michael Gove, who also appeared before the committee, said “time is running out” to get ready for the end of the transition period and said preparations are “intensifying as we speak”.

The Prime Minister’s official spokesman said Mr Johnson would tell Mr Michel that the UK wants to “work constructively and at pace to secure a deal”.

“But (the PM) will also underline that time is in short supply and… we remain focused on the date of October 15 and the meeting of the European Council,” the spokesman added.

Number 10 said Mr Johnson is not expected to attend the council meeting in Brussels.