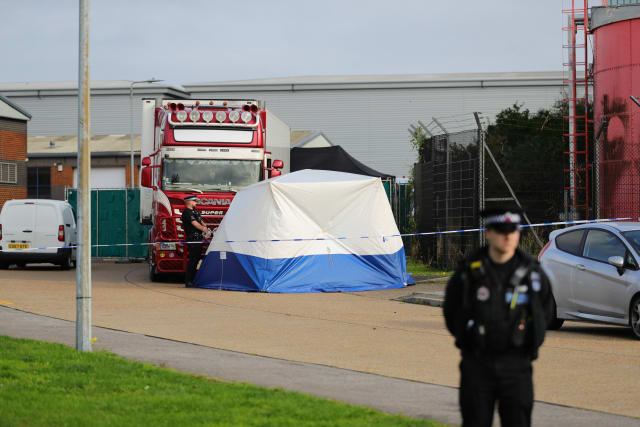 A British-Romanian man accused over the deaths of 39 migrants has admitted being part of a people-smuggling plot ahead of his trial at the Old Bailey.

The Vietnamese victims were found dead inside a lorry container shortly after it arrived in Purfleet, Essex, on a ferry in the early hours of October 23 last year.

Among the 39 men, women and children were 10 teenagers, two of them 15-year-old boys.

Gheorghe Nica, 43, of Basildon, Essex, and lorry driver Eamonn Harrison, 23, of Mayobridge, Co Down, Northern Ireland, are charged with their manslaughter.

The pair are also charged with conspiracy to assist unlawful immigration between May 1 2018 and October 24 2019, along with Valentin Calota, 37, of Birmingham, and Christopher Kennedy, 24, of Co Armagh, Northern Ireland.

On Tuesday, Nica pleaded guilty to the conspiracy charge.

He and the other three defendants deny the other charges against them.

The trial at the Old Bailey is due to get under way later before Mr Justice Sweeney.

It is expected to go on for up to six weeks.