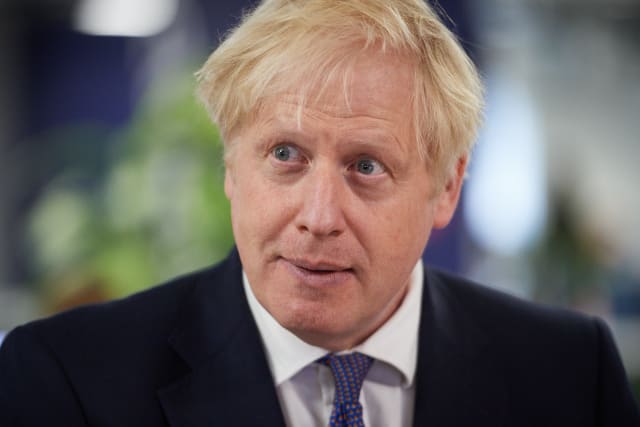 Here are seven things we took away from Boris Johnson’s keynote address to the virtual Conservative Party conference:

Mr Johnson at one point stated: “As Saudi Arabia is to oil, the UK is to wind.”

– Ironically, this dovetailed into claims about his apparently vigorous levels of physical fitness as Mr Johnson certainly proved he was capable of doing somersaults over the issue

The Prime Minister stated: “I remember how some people used to sneer at wind power, 20 years ago, and say that it wouldn’t pull the skin off a rice pudding.”

Actually, it was just seven years ago, when Mr Johnson, then mayor of London said: “Labour put in a load of wind farms that failed to pull the skin off a rice pudding.

“We now have the opportunity to get shale gas – let’s look at it.”

– Boasting of his new diet and exercise routine, the Prime Minister seemed most exercised about people saying he had lost his vigour, or as he called it – echoing Austin Powers – his “mojo”

– With almost Trumpian bravado, Mr Johnson challenged the naysayers to physical jousts to prove his point, saying: “I could refute these critics of my athletic abilities in any way they want: arm-wrestle, leg-wrestle, Cumberland wrestle, sprint-off, you name it”

– It is now, apparently, “sedition”, which the Oxford dictionary defines as “conduct or speech inciting people to rebel against the authority of a state or monarch”, to accuse Mr Johnson of being Bojo mojo-less

Mr Johnson insisted claims his mojo had become nojo was part of a wider plot by anti-Brexiteers, stating: “And of course this is self-evident drivel, the kind of seditious propaganda that you would expect from people who don’t want this Government to succeed, who wanted to stop us delivering Brexit and all our other manifesto pledges.”

– Theresa May’s fabled mantra that there is no magic money tree for public spending has, evidently, withered and died

Stating that he had such a nasty experience with Covid because he was “too fat” and had lost 26 pounds since he had the disease, the Prime Minister referenced one of the band’s biggest hits Search For The Hero, saying: “I am going to continue that diet, because you’ve got to search for the hero inside yourself in the hope that that individual is considerably slimmer.”